Summer camps are in full swing, and Recruit Georgia has been keeping close tabs on top performers. This recap will discuss the usual recent offers but also players whose performances at camps have turned heads.

Aquinas cornerback Verenzo Holmes has been garnering heavy college interest lately. The Class of ’17 player was an impressive performer at the Cam Newton 7 v 7 on Memorial Day. Since May 31st he has been offered by Western Kentucky, Georgia State, Charleston Southern, Georgia Southern, Middle Tennessee, Morgan State and Western Carolina. Holmes has outstanding speed and had a near 100-yard kick return in the state championship last fall. 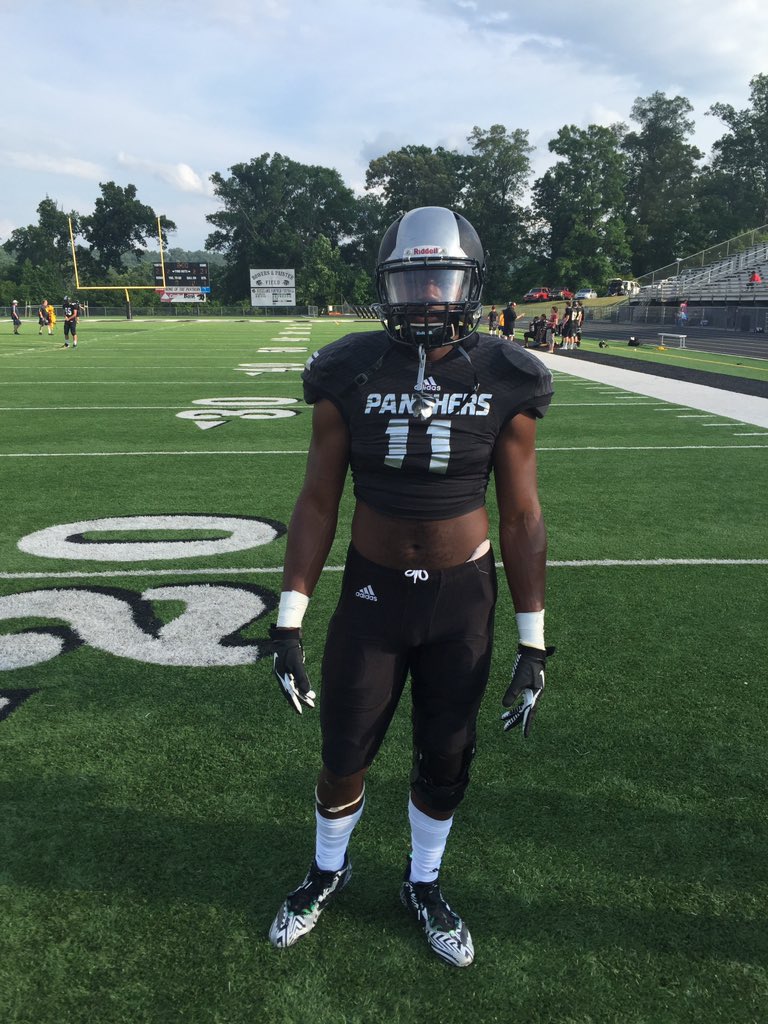 Ridgeland’s Skye Wilson received his first offer the other night. The junior OLB/RB prospect is built like a tank already and had a massive spring (VIDEO). More schools are sure to jump on the 6’1″, 210-pound athlete who runs a reported 4.5 40 time.

If you don’t know about Otis Reese from down in Lee County, then you need to wake up. The Class of ’18 safety (6’2″, 195) was a standout at the Jim Harbaugh camp down in Lee County a week ago. Michigan offered Reese back in early May, and similar programs have followed suit. Other programs with heavy interest are UCLA and Georgia. FILM

McEachern’s Genuine Potts is a player to keep an eye on. The Class of ’18 wide receiver has burst onto the camp scene this offseason, dominating his competition. At 6’3″, the young wide receiver shows a knack for high-pointing passes and going over smaller defenders. We expect Potts to be one of Bailey Hockman’s top targets at wide receiver after the Indians lost multiple senior receivers to graduation. Potts has received offers from Troy and UMass thus far.

Northwest Whitfield QB Luke Shiflett balled out at the Troy camp. His fastest 40 time at the camp was 4.47 (avg. 4.523) but what most coaches cannot believe is how much stronger his arm has become. He was offered by Georgia Southern after camping and is now on the road at Cincinnati. The Class of ’18 QB is quickly becoming a coveted dual-threat signal-caller. Watch him throw a 45-yard dime at the Cincinnati camp by clicking HERE.

Young Upson-Lee offensive guard Knox Christopher will be attending UGA’s 7 v 7 camp on June 9th and Georgia Southern’s Friday Night Lights on July 22nd. Christopher is a rising sophomore and measures out at 6′, 285 pounds while holding a 4.0 GPA.

Jeremy Horton was another player who showed out at the MVP camps. The young slot receiver from Veterans is one of the most precise route-runners in the state, and for two offseasons now we have seen him obliterate defensive backs’ ankles. He’s not just quick; the Class of ’18 receiver has great concentration on deep passes and will fight for superior receiving position.

Sprayberry athlete Abay Holmes was offered by Reinhardt on June 3rd. The Class of ’17 prospect has a long body and could play either WR or DB at the next level.

Be on the lookout for new transfer Javon Coleman to Langston Hughes. The Class of ’19 outside linebacker prospect has been working hard this offseason, and his profile was recently updated showing off his new measurements (PROFILE). 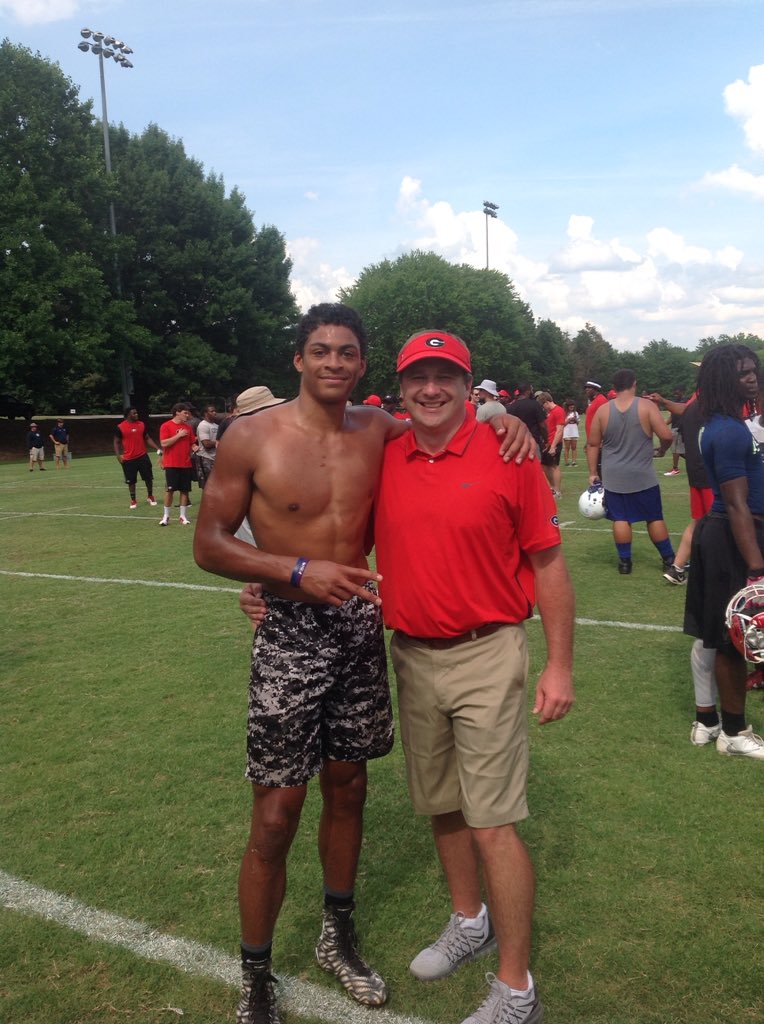 Richmond Hill athlete Brian Hughes plans to visit Georgia Southern (he holds an offer) on Thursday and Georgia State on the 13th. Tennessee will be at Georgia State on the 13th and is eager to see the versatile athlete try out different positions. NC State, Wake Forest, Kansas and Maryland are in the same holding pattern and want to see him play different positions live before offering. The 6’3″, 190-pound quarterback is a great athlete and already holds plenty of offers from mid-majors.

Another player we are high on is Tyler Duckett from Franklin County. The big defensive end prospect measures out at 6’3″, 275 pounds and might soon outgrow his position in college coaches’ eyes. The Class of ’17 athlete is as strong as an ox, lifting a 535 squat and a 290 power clean and benching 375.

Gardner-Webb was the first school to offer Kelvin Freeman, a 6′, 180-pound slotback for Creekside. Freeman has outstanding speed and played in a crowded backfield last season. Expect him to receive a lot more touches this fall and grab more colleges’ attention. FILM 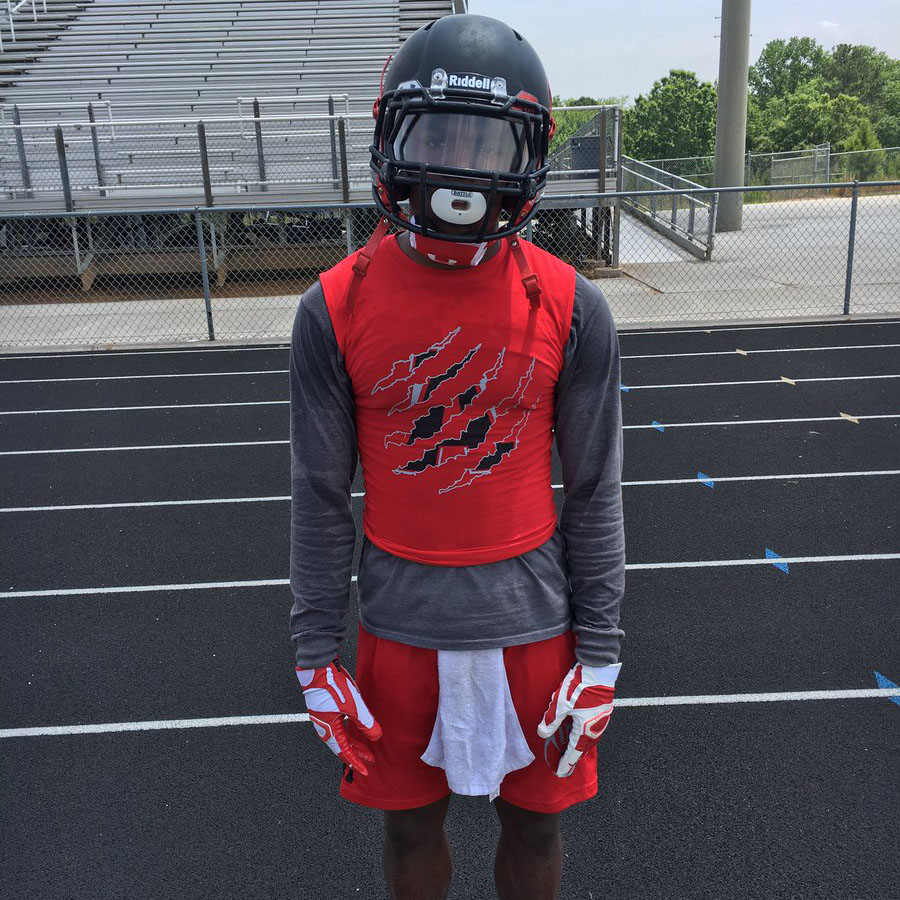 Chilton Tolliver, a rising sophomore for Grayson, made the Top 5 OL at Sound Mind Sound Body Camp over the weekend. The Class of ’19 athlete dominated his competition and caught the eye of ex-NFL Pro Bowler Willie Anderson. Tolliver is expected to get a lot of snaps this upcoming season at center for the No. 2 nationally ranked Rams.

Since we posted Sean Holton’s Spotlight story on our website, he has received three offers. Stetson, Morehead State and Davidson have all offered the explosive OLB/SS prospect from Cartersville, who runs a 4.65 40 time. 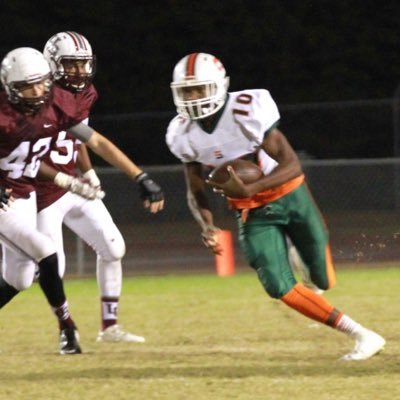 Zay Brown is a player we covered last fall. We spoke highly of the Clarke Central safety and were convinced that Power 5 schools would jump onboard. So far, we have been wrong about Power 5s (only Wake has offered), but mid-majors do not seem to care. His most recent FBS offers are from Miami (Ohio), Middle Tennessee, Western Kentucky, Western Michigan and UTSA. The Class of ’17 safety covers a ton of ground and has elite acceleration, a key attribute for any safety prospect.

Michael Freeman, a rising senior for Callaway, was offered by Louisiana-Monroe yesterday. The OLB/TE prospect is a very versatile athlete and could play at either position at the next level, but we like his big hitting ability on defense. Mississippi Valley State, Campbell, Charleston Southern, Jackson State and Chattanooga are all recent offers for Freeman.

Justin Ellis, a Roswell TE/OLB/DE, was offered by Furman yesterday. The 6’3″, 240-pound athlete has been logging long hours in the weight room and recently power cleaned 320 pounds (VIDEO).

Be on the lookout for Tyler Bird from North Paulding. The Class of ’18 linebacker has great instincts and moves very well laterally. He camped last weekend at Georgia Tech and let us know he will be at Clemson tomorrow.