Players are being rated on our site daily. We have in fact lost count, but luckily we get to read each unique rating submitted. Some will say very little, while others provide more information than we could ever provide. Below are the top ratings we have seen in the last week. 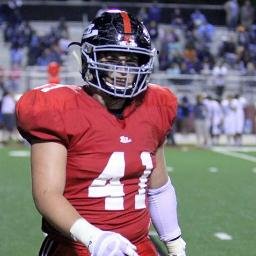 Submitted by Justin: “Great guy on and off the field. Size and strength matched with quicks to really get off the ball. Many of times seen him having QBs running for their life and thinking about that next hit he is going to lay on them. You cant forget tho about the big bruiser on offense as well as this young man has a great talent opening up gaping holes for his backs to hit. You could get really creative in using Carter on offense slipping him out the back field after brushing a block out in the flats to where he is usually wide open for quick first down yardage using that size and speed to make it tough on the defenses to tackle him. Giving the opportunity Carter would be a great addition to any team in the country that was looking productive Grade A natural talents and football IQ. Passion and Love for the game with a never give up coach put me back in attitude. Cant wait to see Cater play again next year for his senior season and yes it is worth the 2 hour drive my family makes to come watch this gifted young man. Wouldn’t surprise me at all if we see this kid with a bright future ahead of him on many ESPN highlight reels.”

Submitted by Duvall Braxton – OL Coach: “Chris is a very physical tackle. He is one of the most coachable players I’ve been around. He is constantly working on getting better. Chris excels in the run game, and he understands how to use his size as an advantage to cut off angles for quicker pass rushers. Chris is a great student-athlete, and he is becoming a true leader on the offensive line. His frame can hold 300lbs at the next level, and his work ethic will produce very positive results. He understands his deficiencies in foot speed, and he is always working to improve in this area. Chris is an excellent offensive lineman, and he will continue to get better with added experience.” 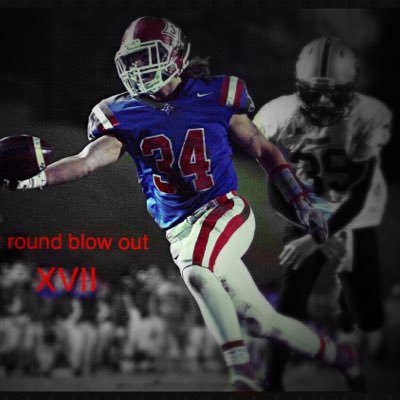 Submitted by Chad Cheatham: “I first saw Zack when he was 10 or 11 years old when attended a football camp that I was in charge of. Immediately he caught my eye. He was clearly a few steps ahead of the other players in his foot work, hand to eye coordination and aggressiveness. I later had the opportunity to coach Zack and now watch him mature as he moves through the ranks. The thing I believe that separates Zack from other players is his knowledge and feel for the game and his ability to react and adapt whether he be on offense or defense. His ability to see things develop and position his body exactly where it needs to be is next to none! He has incredible God given instincts. Athletically there is no doubt he is superb but his unbelievable work ethic, his relentless pursuit of perfection and his love for the game and his team makes him in my opinion a “no brainier” at the next level. What would I say to a recruiter, “DO NOT miss out on the opportunity to have this guy in your program!” I think it would be a mistake.”

Submitted by Aaron Aviles: “Quick reaction speed, good sense of ball awareness. Got to see him play several times this year. You could tell he was the vocal leader of the defense. For this to be his first year as a linebacker and on the defensive side of the ball (Varsity), He showed that he is very versatile and is able to play on both sides of the ball at a high level! Excited to see what his senior season has in stored!”

Submitted by Curtis Smith: “Projected as more of a DE at the next level, very quick for his size. Very good strength but he needs to get better with his hands. Very explosive off the line but needs to improve technique and pad level. He looks to be a lower level FBS or upper level FCS recruit.” *editors note – we think Watson fits best at defensive tackle 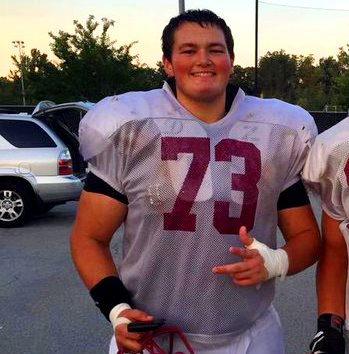 Submitted by Barry Every: “For me this young man was the most complete offensive lineman in the class of 2016 and 2017. He has good hip and knee bend and a powerbase made for driving defenders backwards. Fannin does a nice job of turning his hips and hitting the hole when pulling. But what sets him apart from his peers is the fact that he keeps his feet churning after contact. He worked out mostly at guard today but possesses the ability to play center. This versatility will surely attract the attention of college recruiters. Analyzed December 2014 at the National Underclassmen All American Game.”