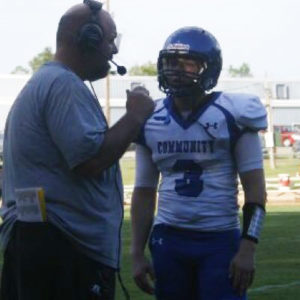 My work ethic, and ability to play any position on the field.

Hughes will be playing quarterback this season for Community Christian. It already looks like he will have a good connection with Navy WR commit Marcell Gleaton and could rack up big numbers. In his first scrimmage he accumulated 300 yards, 4  TD’s and 0 INT’s, while also making 3 solo tackles on defense. Hughes is a hard worker and has putting long hours this offseason to improve his QB play. He also played QB on Stockbridges JV team his sophomore season. Hughes is also a tough defensive player and could play SS at the next level too. His Community Christian school won their first ever Conference and State Championship under the senior’s leadership. He missed 3 games with a fractured scapula.