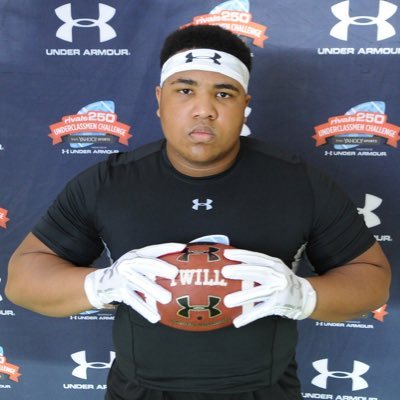 Tru Thompson‘s father gave Recruit Georgia an update on his recruitment. The freshman All-American has transferred to No. 2-ranked Grayson, joining fellow freshman AA Owen Pappoe. Thompson’s father spoke about Tru’s offseason. “He’s just working hard at Grayson in the weight room and on the field. He’s much improved from last year. He’s working his hands more and he’s very quick and explosive off the line. He is squatting 655 benching 370 power cleans 350 but still very athletic. He has grown to 6’1 now.” Thompson made news a year ago when he was only a rising freshman and was offered by Florida State and Miami in a matter of days. Thompson visited FSU on Thursday, and that’s a team that you can guarantee will remain in the picture during his recruitment.

Big news out of Miller Grove for defensive end Brenton Cox. The athletic prospect has quietly been accruing Power 5 offers, but with Tennessee (Friday) and Alabama offering today, it looks like his recruitment will be turning a corner. Cox (6’5″, 230) has mostly been hearing from mid-major FBS programs outside of UNC, who offered him first back on April 16. SOPH Film 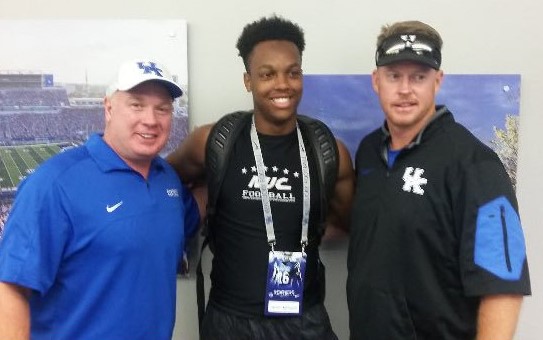 Elite Class of ’18 quarterback Jarren Williams was already carrying some impressive offers, but the young signal-caller joined the Wildcat family tonight with his commitment to Kentucky. Williams also held offers from Florida State and Louisville, among others. Expect big-time passing totals for Williams this season at Central Gwinnett.

James Ohonba has quickly emerged as one of the top prospects for the Class of ’18 in Georgia. The big prospect visited Alabama yesterday and was offered by the Crimson Tide on April 29th.  Ohonba has visited South Carolina and Clemson this month as well.

Zay Brown was offered by South Carolina yesterday. Brown, who is a senior for Clarke Central, now has two Power 5 offers. Wake Forest joins the Gamecocks, but we anticipate that more schools will be reaching out now that USC has offered. 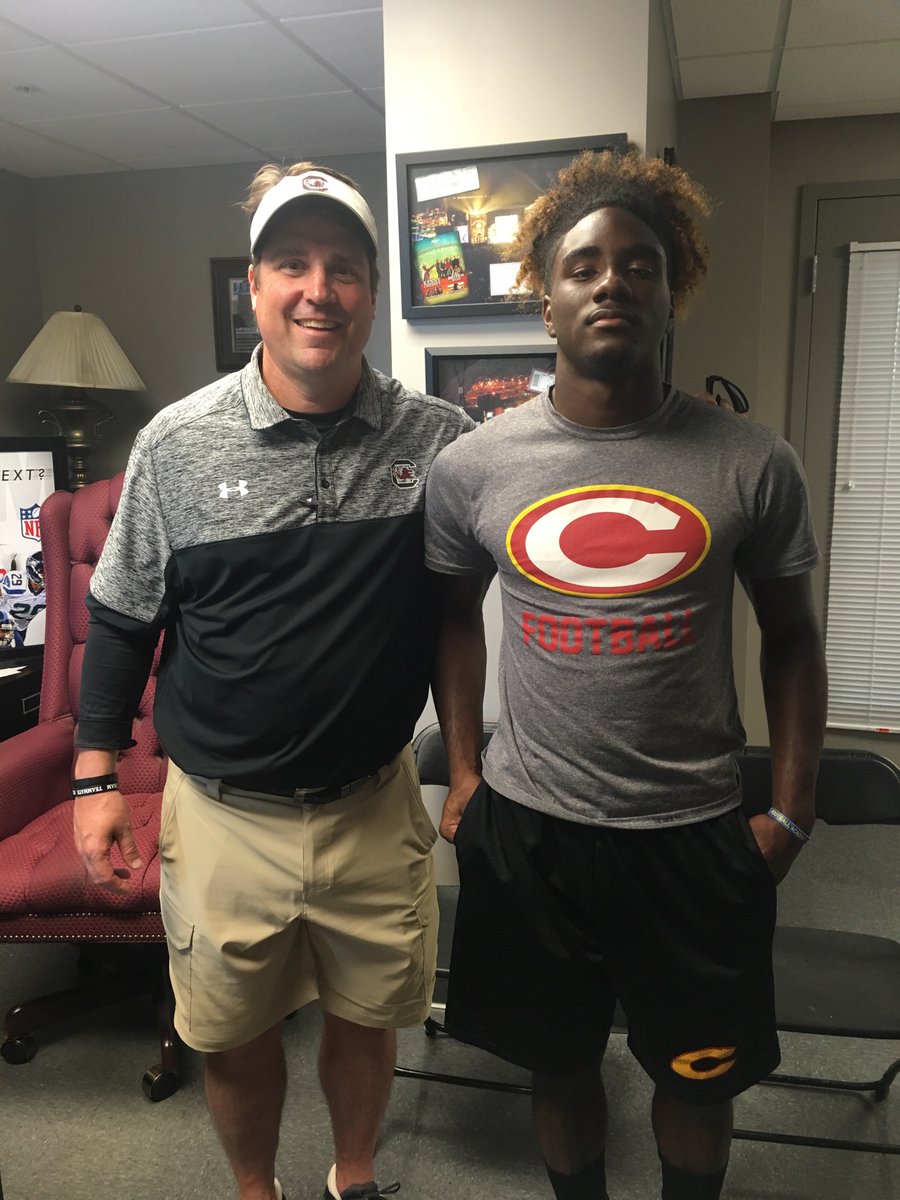 Another Clarke Central player made headlines when Class of ’19 running back Jonathan Sewell was offered by South Carolina. The Gamecocks are the second school to offer the impressive young back, following Charlotte, which offered a few days back. Sewell backed up JaQua Daniels last season, but with Daniels graduating, the Class of ’19 back will be getting the bulk of the carries. Expect a big upcoming fall for Sewell.

North Gwinnett quarterback Cade Fortin has been touring the Southeast lately. The Class of ’18 quarterback has a rocket for an arm. He camped at Florida State a few days back and was at South Carolina’s 7 v 7 yesterday afternoon.

McEachern safety CJ Miller was offered by Southern California a few days back. Miller has to be one of the hardest-hitting safeties in the state of Georgia. Other FBS programs that have offered Miller recently are Memphis, Minnesota, South Alabama and App State. The senior safety had a 103.98 SPARQ score at The Opening.

Class of ’18 Johns Creek offensive tackle Reuben Unije has been a player we talked up for the last year. Well, the big 6’6″, 300-pound offensive tackle landed offers from Florida on the 17th and Alabama yesterday. The big man shows light feet and has made a ton of progress from this time last summer. NC State was the first school to offer on March 30th, and now the athletic OT has 11 offers. 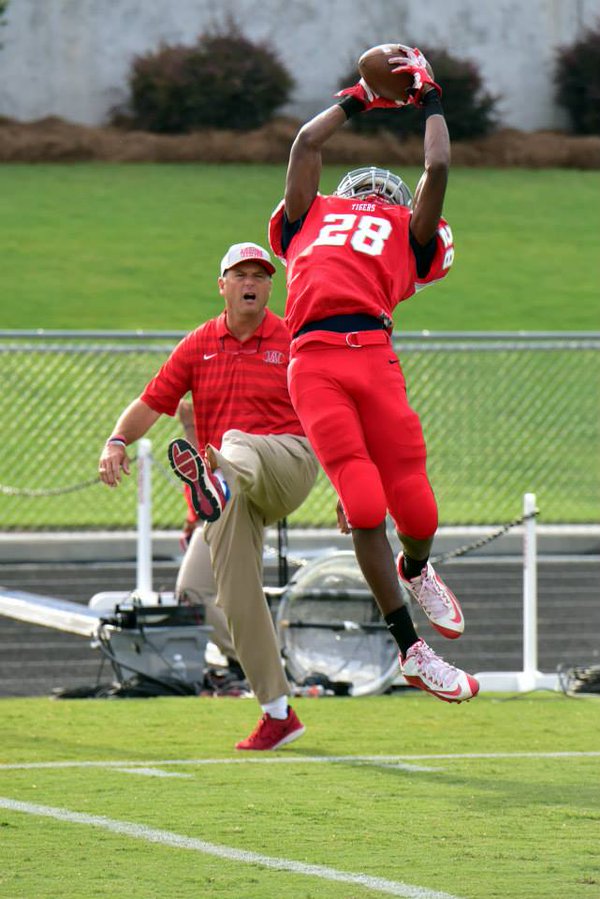 One player we expect to step up into the limelight next year is Archer’s Tyler Ranel. The fluid-running Ranel has been setting offseason camps on fire, breaking down defenders 1 v 1 for easy receptions. Archer will be looking for new playmakers this upcoming season, and Ranel could step up and be the premier guy.

Newton’s Jaquan Henderson announced yesterday night that he had committed to Tennessee. The uber-athletic linebacker was a one-time commit for UCLA but decided to stay much closer to home. He makes the fifth player in the state of Georgia to commit to the Vols.

Landmark Christian running back Lofton Tidwell has been busy on the camp grind lately. The bruising power back camped at NC State yesterday. He also attended Georgia Southern’s satellite camp at Buford on the 16th and Samford’s mega-camp on the 11th. Tidwell (5’11”, 210) currently holds offers from Stetson and Davidson. He was Region 5-A Player of the Year and also boasts a 4.04 GPA.

CJ Burress announced his final four schools to date. The playmaking strong safety from Lanier named Ball State, Kent State, Western Carolina and Georgia State. Ball State was the first school to offer Burress. The senior is primed for a big season playing on arguably the top defense in the state.

Kyle McLaren, a Class of ’18 QB from Northgate, let Recruit Georgia know that he improved his shuttle times. At the NC State camp the young QB recorded a time of 4.37. McLaren has worked really hard this offseason after leading his team to the state semifinals last year as a sophomore.

Athletic Shiloh cornerback Justin Gardner is a player to keep an eye on over the next few weeks. The Class of ’17 CB is 6’2″ and has had a great start to the summer. Oregon State, Miami (Ohio), Georgia State, Fresno State and Mercer have all offered since June 12th. Gardner has a ton of potential and is still very raw at CB, but his upside and length are hard to pass up. 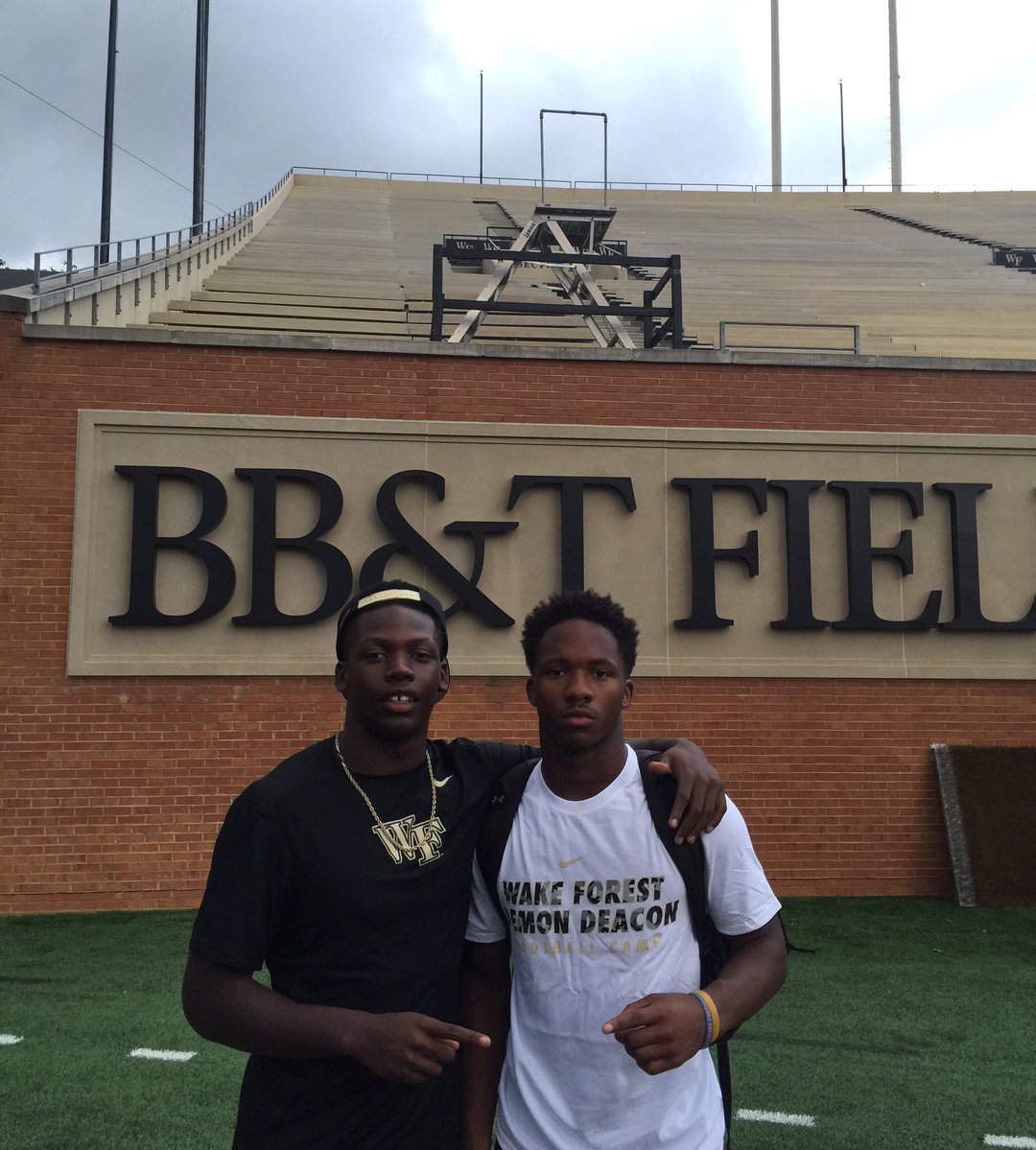 Former Jenkins star running back Arkeem Byrd showed his replacement at back, Jeremy Smith, around the Wake Forest campus yesterday. Smith, a Class of ’19 running back, is a new transfer to Jenkins, and we expect him to fit perfectly into their offensive backfield. Byrd was a hotly pursued prospect last fall with late offers from Minnesota, Tennessee and Georgia Tech, but the Demon Deacons staff’s long-term recruitment paid dividends. Looks like another long-term recruiting project is starting again with Smith.

Mill Creek offensive guard John Harris received outstanding news when he received his first offer on June 17 from North Carolina. Even though the young lineman played mostly a reserve role last season, that has not stopped colleges from going after the Mill Creek OL, who is expected to replace Louisville’s Robbie Bell at OT. Mill Creek is once again expected to have a top-tier offensive line in the state of Georgia.

Dalton’s Kyric McGowan announced his final three schools. Duke, Mississippi State and Vanderbilt are the three finalists for the speedy WR with a sub-4.5 40. McGowan said he expects to commit sometime in the next few weeks.

Harrison’s dual-threat quarterback Justin Fields was offered by Boston College earlier this afternoon. Fields has also received offers from Northwestern, Duke and Wake Forest in the month of June. Fields emerged onto the field last season as the primary QB but suffered an injury in week 8. We expect the class of 18 quarterback to be the key to Harrison’s success next year after working hard this offseason on the passing portion of his game.

Roswell’s Christian Ford puts the defensive back on spin cycle

Don’t get lost in the sauce ? pic.twitter.com/FNTmLAelD6