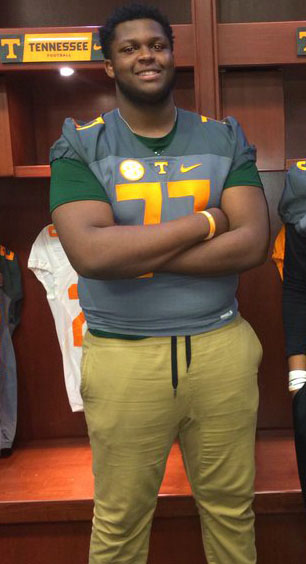 The Volunteers were the fifth school to offer the big lineman back on January 24th. He chose the Vols over offers from schools like North Carolina, Illinois (his dad’s alma mater), Mizzou, South Carolina, Louisville and Maryland.

We asked Tucker how it felt to be done with the recruiting process.

“It feels like a weight was lifted off my shoulders because I have known for a while now that Tennessee was the place for me,” he said.

Tucker explained why Tennessee is the school for him. “I chose them because of the family atmosphere, the players treated me as if I’d known them for years, and I have built great relationships with all the coaches.”

Tucker plays left tackle for Roswell, which is once again expected to compete for a state championship. The Hornets run behind Tucker, who is a powerful run blocker and showcases a ton of potential to be a road-grader at the next level.

Tucker showcases excellent hip flexibility, and his hand placement is excellent. The senior has one of the highest ceilings for an offensive lineman in the state of Georgia for the Class of ’17.

Tennessee now has 17 commitments for this recruiting cycle, and Tucker is the fifth player from Georgia. Be sure to check out Jordan Tucker’s Recruit Georgia profile by clicking HERE. 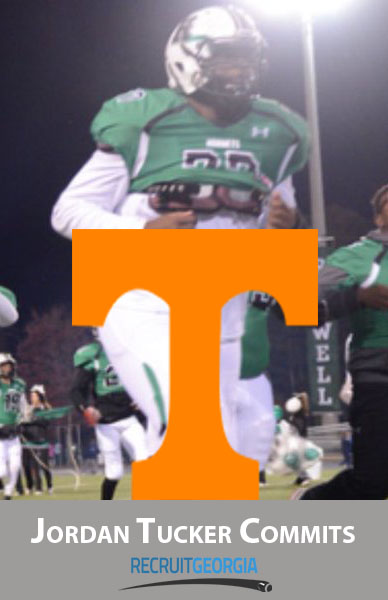