Week 8 games are taking place tonight (Week 8 Power Rankings) and we will once again be retweeting scores, stats, and film throughout the weekend. Send stats to recruitgeorgia1@gmail.com or Direct Message via twitter to @RecruitGeorgia.

This Sunday night will showcase the top performances on film from this Friday’s games—stay tuned! (Week 7)

We are also very excited about the growing interest for Recruit Georgia Profiles. So far, over 400 players have filled out our Prospect Form and begun the process. It does take time to make a profile, and we are going down the list as fast as we can.

Dorrius Rodgers is a 6’3″, 290-pound DT who claims a 4.76 40, 480 bench and 580 squat. His senior campaign for Locust Grove has started off very strong. His film is really impressive and showcases the athleticism and strength that you look for in a 3-technique DT. Rodgers has Power 5-level talent. RG Profile 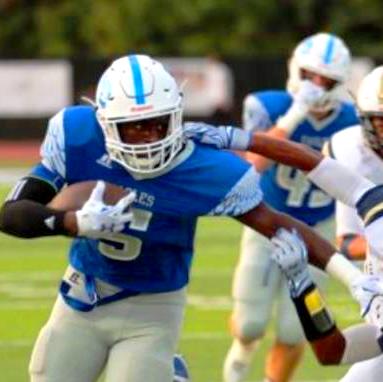 Following in the footsteps of All-State athlete Dorian Walker for Mount Paran Christian is Taylor Trammell. The impressive two-way athlete has rushed for 1,110 yards (9.6 yards per rush) and 19 touchdowns and has two interceptions on defense through five games. Trammell has incredible vision and utilizes his blocks very well. He is a natural runner who instinctively makes defenders miss and has a nose for the end zone. On the baseball diamond, Mount Paran’s star athlete is an Under Armour All-American and Georgia Tech baseball commit. Trammell has been one of the top performers in the state of Georgia during this fall 2015 season. RG Profile

Matthew Cox has brute strength that most high school athletes do not possess at his size. The 6′, 215-pound middle linebacker for Dalton High School can throw down some serious weight—he squats 605 pounds. Hard work in the weight room has paid dividends, and his latest film is impressive. Cox drives his legs well and explodes through his tackles, driving the ball-carrier on contact. He does a good job plugging gaps and stopping the run. He’s a good student athlete with a 3.25 GPA, and he scored 23 on the ACT. RG Profile 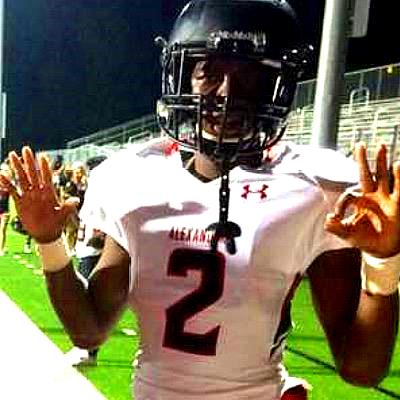 Daetrich Harrington from Alexander High School is one of the leading rushers in the state currently at 812 yards. The 2017 athlete has a good frame at 6′, 180 and should continue to fill out. He is a good one-cut-and-go back, but he also displays soft hands catching out of the backfield. This is his first year starting on varsity, but the junior prospect is absolutely one to keep an eye on going forward. RG Profile

Makael Khaaliq is the epitome of a student-athlete. He excels on the gridiron, serving up more pancakes than an IHOP, while also sporting a 4.1 GPA. Another measurement that stands out about the 2017 offensive lineman is his impressive 35″ vertical. That is some serious ups for a 6’3″, 270-pound lineman. Khaaliq plays offensive tackle for his high school, but he should eventually gain more weight and shift over to offensive guard at the next level. He could be a devastating guard who can pull quickly and get upfield in a hurry. RG Profile

Roswell WR Kendrick Jackson received his first offer from Army. The Black Knights are recruiting the senior WR along with his signal-caller Quintarius Neely. 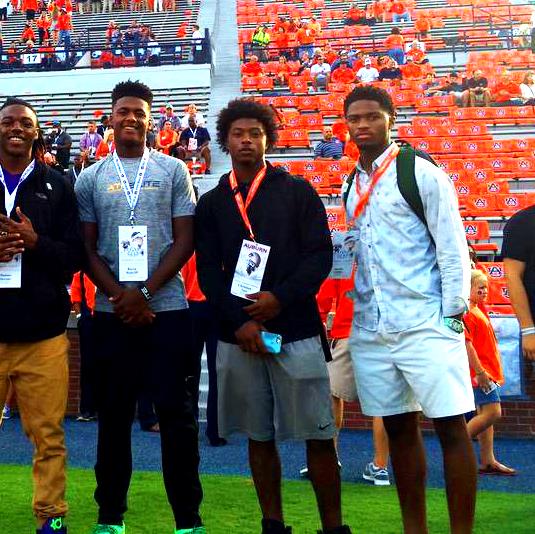 Elite 2018 corner Christian Tutt was offered by FSU. The sophomore athlete has over 20 offers and recently announced Georgia and Southern California as his top two teams.

Tyler Fannin is going to the Tennessee vs. Georgia game this weekend. Fannin is a 2017 prospect and one of the top center prospects in the entire state of Georgia. He is being heavily recruited by Florida State, Clemson, Duke, Marshall, and Middle Tennessee.

Mill Creek outside linebacker Sidney Otiwu was offered by Miami of Ohio and Iowa State this week. He is a really smart player who is outstanding in coverage. Otiwu has sideline-to-sideline speed.

William Poole III announced on Twitter that he will be attending the FSU vs. Miami game this weekend.

FSU vs Miami game this weekend! Going to be my first time in Tallahassee, looking forward to it…. #NoleNation????

Camden County defensive back Harrison Poole was offered by Wofford during the week. Senior film for the 6′, 185-pound Camden athlete can be watched HERE. 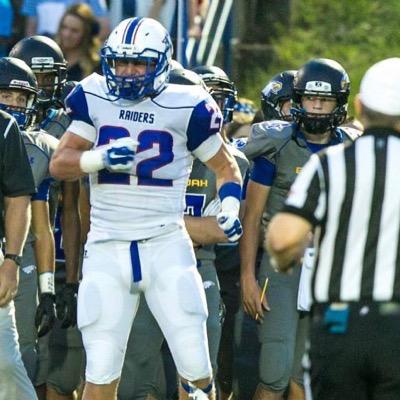 Joey Goodman, a linebacker from Walton High School, was offered by soon-to-be Sun Belt member Coastal Carolina. The senior captain for the Raiders is having a great year on the defensive side of the ball and also is a special teams ace.

Another elite 2018 corner was offered this week. UNC became Derrik Allen’s 11th offer. Allen is an impressive athlete who has safety size but is quick enough to play corner. UGA, Kentucky, Maryland, Clemson, and others have offered the sophomore corner. RG Profile

The Newton High School recruiting account announced that 2017 RB Kurt Taylor will be visiting Notre Dame this Saturday. The Newton back has made several trips to the Midwest over the last few weeks, including Indiana and Michigan. RG Profile

Kyle Davis, one of the top wideouts in the entire country, will be taking his official visit to Tennessee this weekend for the Georgia game. The two border-state rivals are hotly pursuing Archer’s phenom receiver, and the stakes will be high on the field and on the recruiting front for both teams.