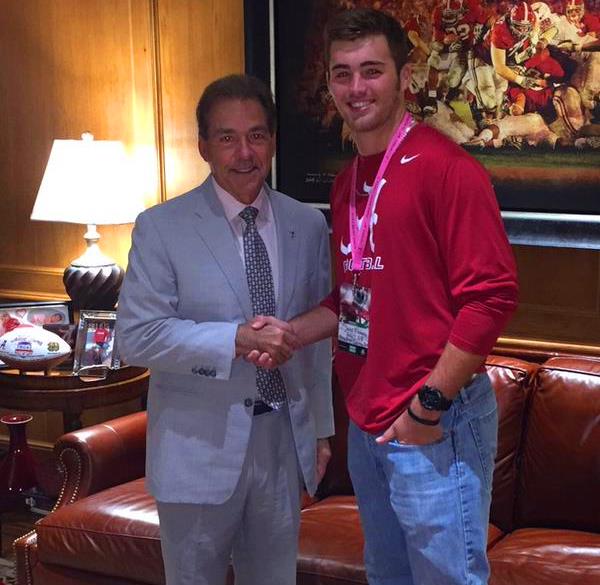 Houston County’s star quarterback Jake Fromm alluded early Saturday morning that commitment could be imminent on his Alabama visit. It broke that the junior gunslinger had committed to the Crimson Tide in the afternoon, and Fromm confirmed with a tweet Saturday night: “After much thought and prayer I would like to announce that I am committed to the University of Alabama.” Alabama has a history of landing talented players from Middle Georgia and now Jake Fromm joins an elite bunch. JR FILM

A really talented 2018 quarterback, Garrett Bass, took a visit to Western Kentucky. He suffered a leg injury during the season, but even weeks after is still one of the leaders in passing yards. That won’t last forever, but the point is Bass can toss it. RG Profile

Mill Creek’s talented center, Tyler Fannin, took in the Tennessee vs. UGA game. He had an awesome visit. He told Recruit Georgi,. “What a great game. Met with OL coach Mahoney, he was impressed with my size and build.” The impressive junior center has visited some of the top schools in the South recently and each coaching staff has come away impressed. Kansas State offered a few weeks back and was the center’s first Power 5 offer.

Marvin Kinsey Jr. has passed for over 1,000 yards this season. The Georgia Southern commit has very good balance and is the primary ball-carrier for Riverwood. Coming off a strong offseason, this comes as very little surprise for the talented running back from Sandy Springs. SR FILM 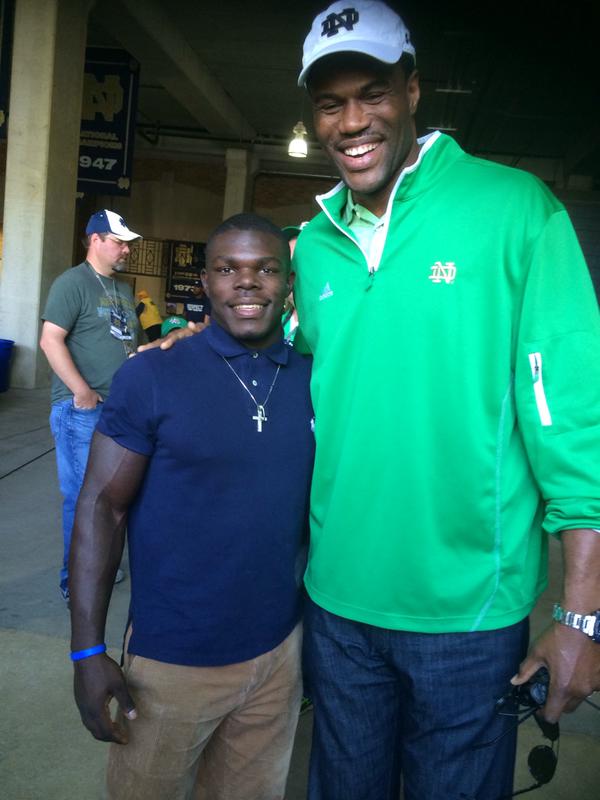 Kurt Taylor had an incredible visit to Notre Dame. The talented junior back from Covington spoke of Notre Dame’s stadium as a “magical place” and even got to meet NBA Hall of Famer David Robinson, whose son is a starting wide receiver for the Fighting Irish. In fact, Robinson approached Taylor about taking a picture with the star back. RG Profile

Zeke Smith, the last Newton recruit we heard about, visited Arizona State. Smith is a 2016 cornerback recruit who is currently committed to Alabama State.

UT-Chattanooga hosted a handful of Georgia recruits. Salem’s All-Region defensive players LB Manny Holmes and DT Behr Cooper were in attendance, as well as Cherokee’s Bryson Perry and North Cobb Christian’s Jalen Dampier. Both Perry and Dampier project well at defensive back at the next level.

Kennesaw State also had a big recruiting day for its Homecoming Game. Calhoun two-way athlete Ryan Randall showed up. He has recently been hearing from Michigan State, as well. Thomson’s physical running back Billy Mance took in the game. He could fit in at either running back position for the Owls’ option offense but should fill out more and play B-Back. All-State defensive tackle Dontae Wilson was at the game. The Jefferson HS lineman is a terror in the backfield and one of the top junior DTs in the state. Chilton Tolliver, a really impressive freshman offensive lineman from Grayson HS, made his first college unofficial visit to KSU. Finally in Owl recruiting news is their offer to Etowah’s Bronson Rechsteiner. Cannot say for sure what position they offered him at, but the kid could be a beast on either side of the ball. Kennesaw State’s offer is the third for Rechsteiner in the last 10 days.

Ashton Hughes, from Community Christian, made his second visit to Reinhardt. Hughes said he had a great visit. RG Profile

Jumbo athlete Dawson Covington from Frederica Academy visited Jacksonville University. He could play TE, OT, DE or even DT at the next level depending on how he fills out. 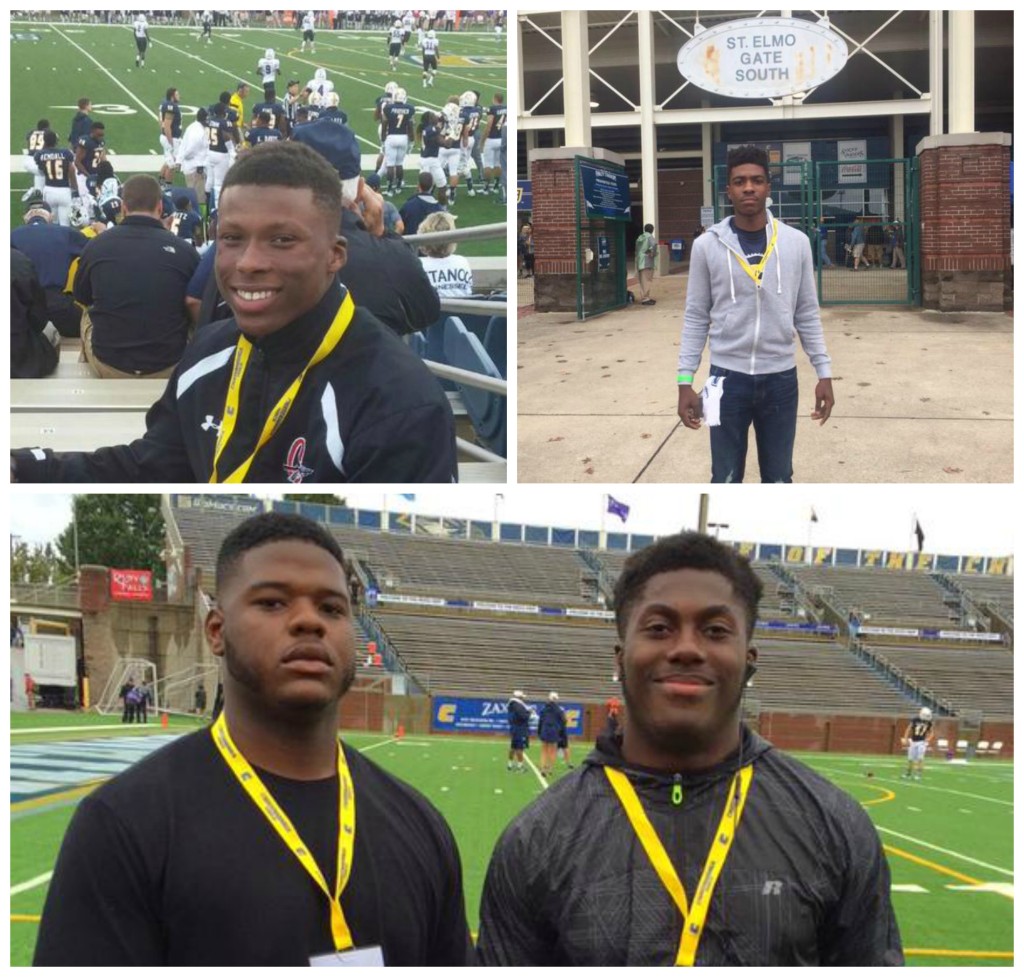 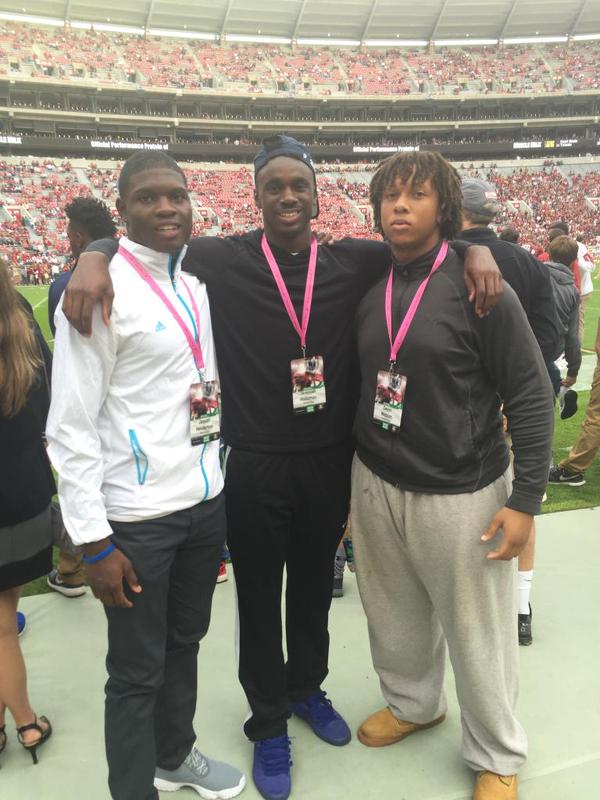 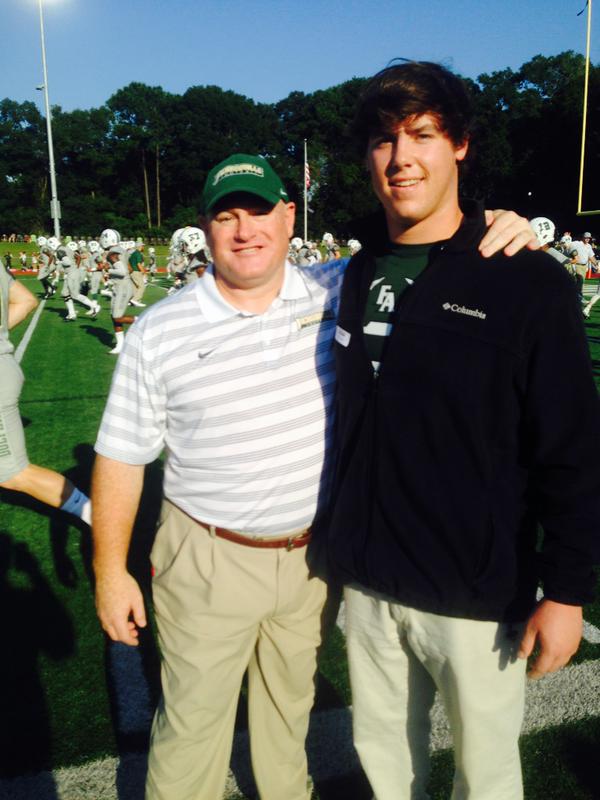 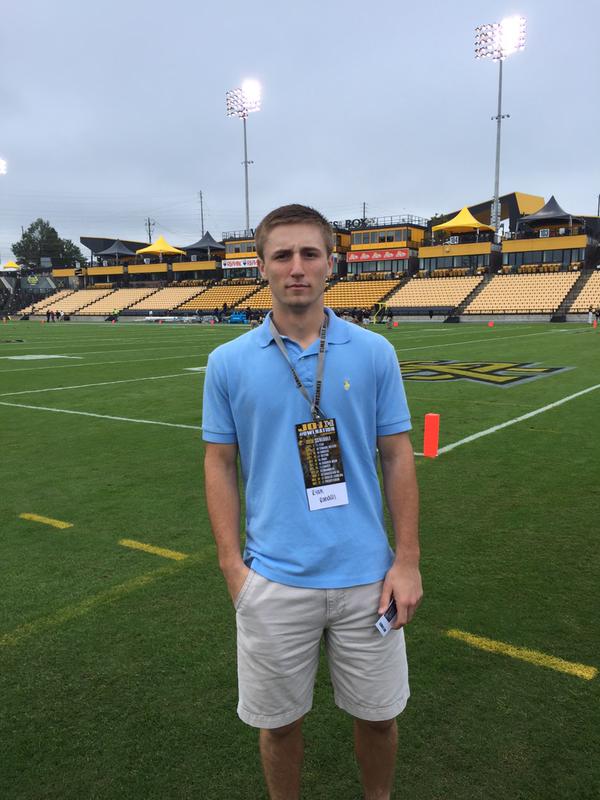 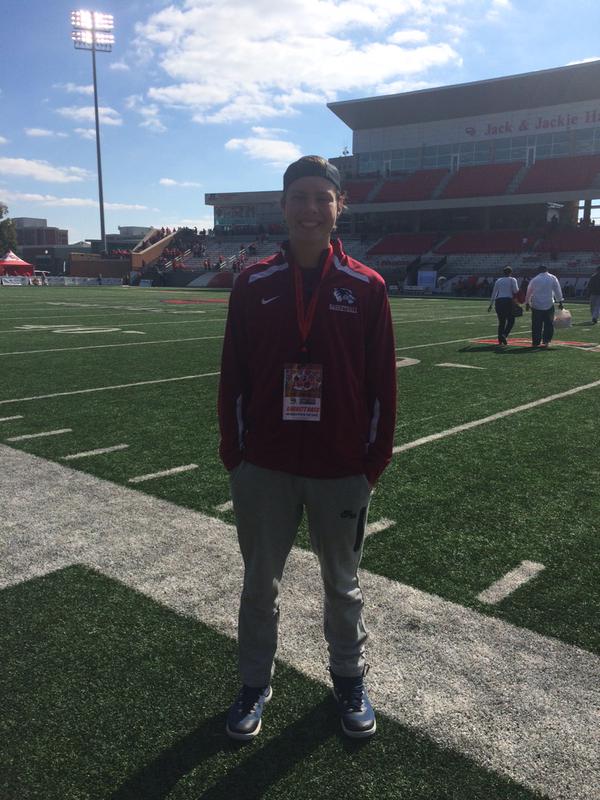 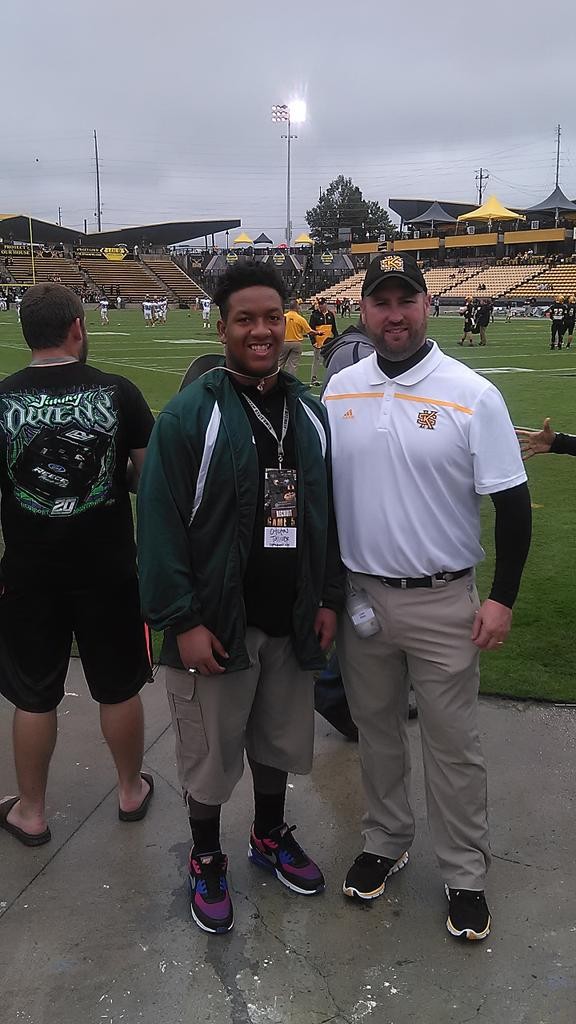