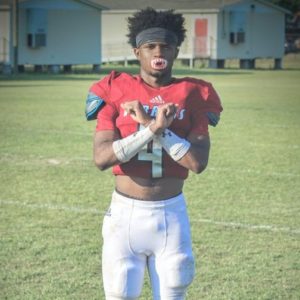 What makes me stand out as a future collegiate athlete is that I’m a difference maker & I play well under pressure, but most of all I’m comfortable with being uncomfortable.

Miller is a smart quick cornerback who uses his hands pretty well jockeying for position with the receiver. What I really like about Miller is his ability to gauge a pass quickly. He reads the trajectory of the pass, and makes smart breaks on the football even quicker than the receiver does. Had a pretty good game against some solid WR’s last fall. Solid at getting off blocks, but could be more physical scraping off the receiver. Has a good bit of chase down tackles suggesting that he has good speed. Miller probably would have really prospered from camps this summer. He’s a solid tackler, does a good job of wrapping up at the waist but would like to see him keep his feet through the attempt. Doesn’t quit on a play, and makes some really tough break ups over his shoulder where he rakes the pass out last second. He’s quick for sure, rotates hips over and does a nice job of sticking with the receiver. Wouldn’t be surprise one bit to see Miller more at slot this fall just to get the ball into his hands more.