James DeMatto has gone down the recruiting trail a time or two, and last night the talented offensive lineman’s journey ended with his commitment to Louisville.

The trend of talented Georgia athletes flocking to Louisville continues with the commitment of DeMatto. A total of seven out of Louisville’s 21 verbal commits are from the state of Georgia for the class of 2016.

In the end, DeMatto chose the team who had been recruiting him for a while and offered the highest level of competition. When receiving his offer back in May, the Kell upperclassman was very excited and described Louisville as one of his “dream schools.” He visited early in the summer and described the visit as “the best by far!”

The recruiting process might be over, but the dream has just begun for DeMatto, who finally has found his home at ‘The Ville.”

With region play just beginning, DeMatto can now focus solely on the success of his No. 9 ranked Kell Longhorns. 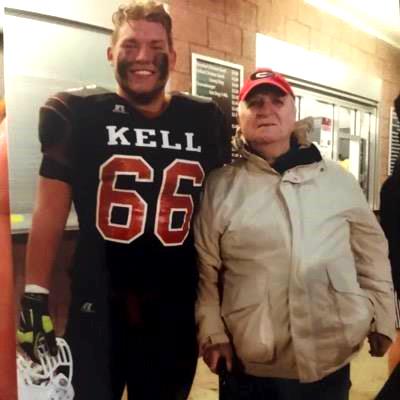