After talking it over with my family and coaches I have decided to commit to UCLA. #Blessed #Bruins????????????@CoachWhiteEra pic.twitter.com/YSkPFySTnt

The early commitment may surprise some. Henderson was freshly minted as a 4 star recruit on scout.com, and a lot of Power 5 colleges were showing heavy interest.

Newton’s defensive back coach Joshua Shelton told us why Jaquan choose the Bruins so early in the process.

“He picked UCLA because he feels that the environment gives him a opportunity to grow as a man, football player, and student. He said his parents and coaches support him 100% on his commitment.”

Henderson also held offers from UAB, Indiana, Georgia Southern, UNLV & Kentucky; but it was UCLA, who offered him back on March 12, that made the biggest impact on his recruitment.

He and teammate Kurt Taylor made the trip to UCLA earlier this year in April during their spring break. They visited the facilities, met some of the current players and gazed upon the golden hue that is UCLA’s accomplished trophy room.

Coach Shelton also spoke with us about the type of player UCLA is landing, “Jaquan Henderson is the best OLB in the country. He is a kid that you only run across once every 10 years. He is explosive and a overall great athlete.”

Attributes that he thinks separates Henderson from the rest are “his work ethic and he always has a competitive edge.” He then concluded, “UCLA is getting a great student athlete.”

The Newton football team looks to rebound after getting blown out by Lowndes Co. Their defense relinquished over 50 points and had trouble stopping the Vikings read option attack mixed with high-percentage passing plays.

Playmakers like Henderson and his other teammates will have to step up their game if the Newton wants to make this once promising season still a reality. 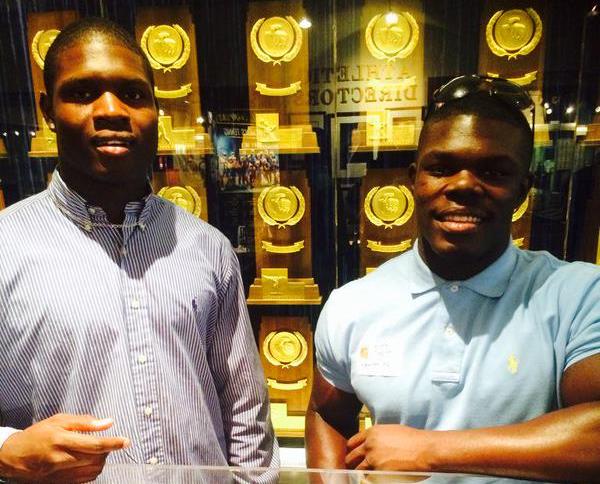