Lost in all of Friday’s madness across the state was the commitment of Colquitt County’s talented wide receiver Kiel Pollard.

Pollard, one of the top possession receivers in the state of Georgia, is a physical specimen (6’1″, 200-210 lbs) who dominates high school defensive backs in Georgia—a lot times using shear power and will to do so.

Following last year’s state championship victory over Archer, Pollard was welcomed by many interested Power 5 conference schools. California, UCF and Arkansas all hotly pursued the talented WR over the summer.

In the end it was the Razorbacks, who offered back on April 15, who walked away with his services yesterday afternoon.

I am more then happy and blessed to say I will be attending the University of Arkansas for the next 4 years! ⚪️????⚪️???????? #hognation

This was a major recruiting win for Arkansas over UCF. Both schools had just hosted Pollard on official visits. He was playing his recruitment really close to vest when speaking with the AJC last Friday about his final two schools. The Razorbacks were able to sell Pollard on their smash-mouth style of play and the outstanding competition of the SEC.

Colquitt County (5-0) is currently the No. 1-ranked team in the state of Georgia and has demolished Southeastern powers Plant (Florida) and Enterprise (Alabama). The senior wide receiver plays an instrumental part in the Packers’ spread attack and is a perfect fit for the Razorbacks offense.

Pollard utilizes his physical strength at the high school level, and one should expect the same after a few years in the SEC. He is a really good blocker, especially on screen passes. He is also a deceptive route-runner and his hands are very soft when catching the ball. Colquitt uses him a lot on bubble screens to showcase his impressive blend of strength, speed and a devastating stiff arm.

Kiel Pollard is the 15th commitment for Arkansas in the class of 2016 and the first from the state of Georgia. 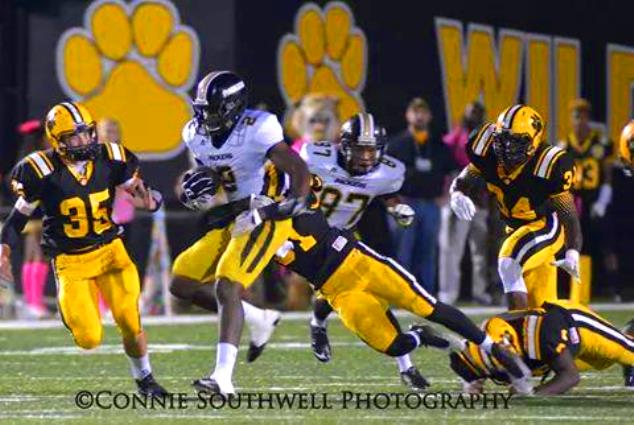