Matthew Neff from Christian Heritage has gone through his offseason recruitment with regular anonymity. The 2019 signal-caller has good size at 6’3″, a powerful arm that can put the ball on a line, over a 4.0 GPA, and a 33 on the ACT to boot, but still no committable offers.

Unlike many Georgia football players, Neff has been on the move, and was living overseas just a few years back. “We lived overseas in Tbilisi, in the country of Georgia (directly south of Russia and east of Turkey) from 2012-2015 because of my dad’s job,” Neff said.

So from 2012-2015 the rising senior quarterback didn’t play competitive football, and the best work he could get was to throw to other Americans on the grounds of the Embassy. Fortunately the US Ambassador played college football at Georgetown earlier in life, and ran some routes with Marines to give the young athlete work. 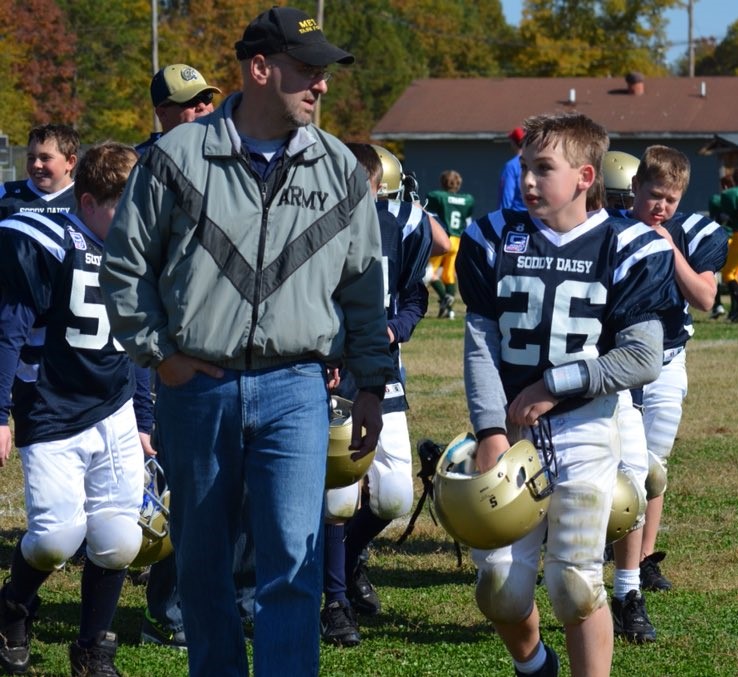 Matthew Neff (right) with his father, Steve (left), before they went overseas.

“I ended up at Christian Heritage in Dalton in 2017 after starting high school in 2015 at Chattanooga Christian School.” Neff was fond of CCS, but CHS had the academic course work that set up him up better for his studies in college.

It wasn’t by coincidence that Neff ended up at Christian Heritage either. In fact, his mom received a job as a middle school teacher at CHS, and the head football coach, Jay Poag, and his father go way back to their college playing days.

“My head coach at CHS, Jay Poag, is a great coach with a lot of college experience coaching quarterbacks. My dad and Coach Poag were friends and football teammates at Davidson College in the mid-80’s.” Neff continued, “Coach Poag likes to throw a lot, and we had switched to a wing T at CCS after Coach Spence left, so the passing system at CHS also fit me better.”

Playing in a more wide open passing offense is perfect for Neff’s skill set. He can throw the ball out in a line hitting tight windows with a good spiral, but also shows the IQ to go through his progressions, and dump down to a player on the flat if need be. 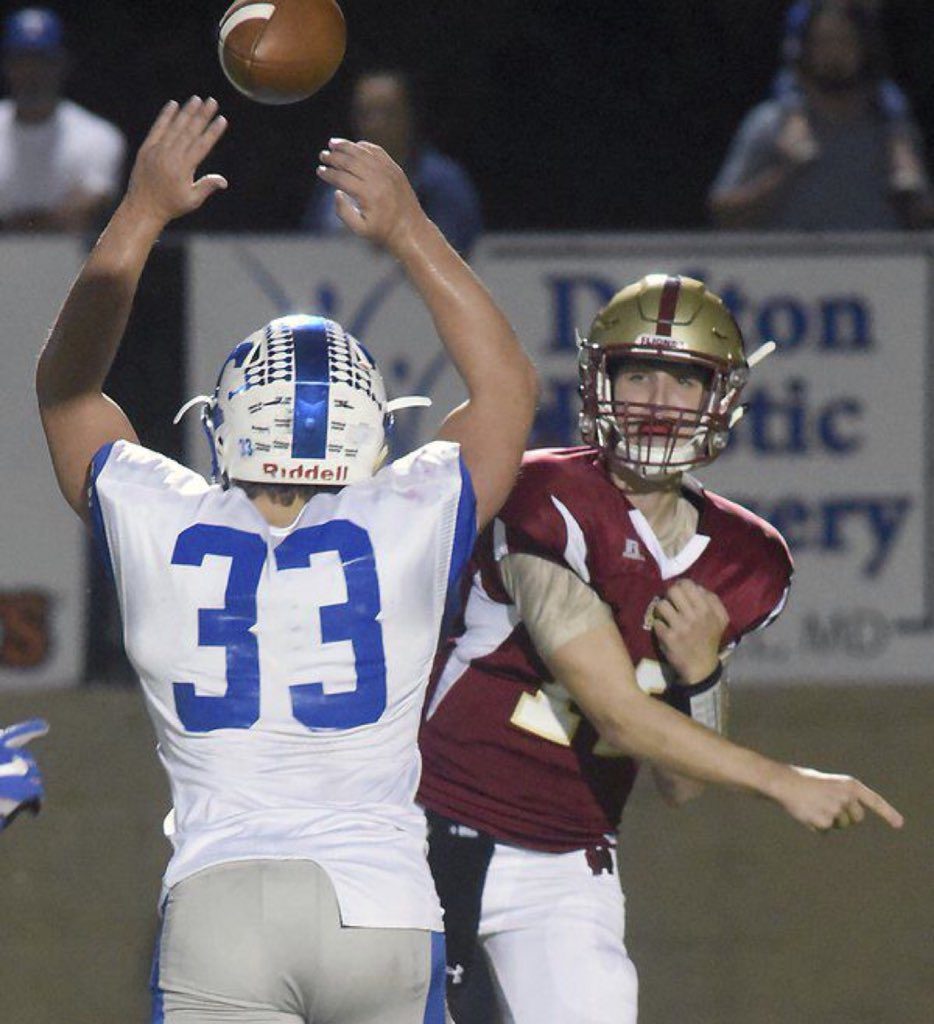 Neff will be competing in an action packed month of college camps that he has planned. Starting off, Neff will be at UAB (June 7), then Northwestern for Chicagoland Showcase (June 10), then Purdue (June 11), Ohio State next (June 12), the David Cutcliffe QB camp at Duke (June 14-15), either NC State or Morehead State (June 16), Vanderbilt (June 21), Yale (June 23), and then Harvard (June 24). Luckily, the dead period will start soon after, and a much needed break will happen for a few weeks. Neff has plans to visit Florida Tech on July 22nd too.

That is a ton of opportunities for the hard-throwing passer, and he believes that he can prove a lot to the coaching staffs over the next month. “I want college coaches to see some things that you can’t always tell from film; like my knowledge of the game, quiet leadership abilities, and football IQ. I don’t think last year was always the perfect picture of what I can do, and I am still learning.” Neff continued, “I’m also hoping I can show them some of the strengths I have like my arm strength, accuracy, and touch.”

In today’s age of spread offenses, Neff wouldn’t exactly be described as a dual threat, but believes that his instincts in the pocket allow for creative plays that can still keep the defense off-balance.

“I’m not really a “dual threat” like people tend to think of it, but I think I can show my natural strength, balance, good mechanics, and ability to make plays with my feet in and out of the pocket. Plus, as for being a dual threat, I can throw it equally well to my left or my right!”

Heading into his last season of play, Neff obviously wants to get his team to a state championship, but his goals go beyond that. “Coach Poag has emphasized core values for life as part of the program of our offseason. One of those values is relationship building.”

Growing up, Neff heard stories from his dad’s playing days in the 80’s, and noticed how he is still close to his teammates even 30 years later. “I want that too. I want us at CHS to build that kind of brotherhood and lifelong bond with each other — the kind of bond where we can call each other in the middle of the night 20 years from now and come help each other if need be — no questions asked.” 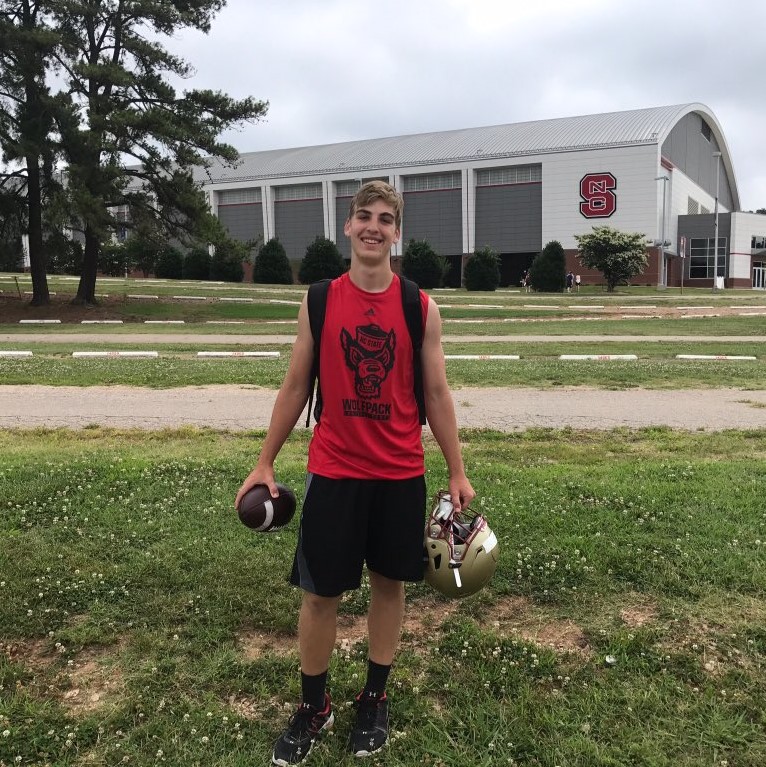 From a personal stand point, Neff would like improve each week, and become a better teammate, and leader for his squad. He then made a remark that is truly refreshing in today’s football-crazed recruiting age.

“It’s easy to be so self centered when you’re trying to achieve a personal goal of becoming good enough to earn a scholarship, so I need to keep my team in mind as coming first.”

Expectations in 2018 are high for Neff, who just last weekend torched the Central Gwinnett 7v7 Showcase with 16 touchdowns and 1 interception. Going against some of the top talent the state had to offer – we might add.

“It’s a chance to develop the mental aspect of my game, and I want to make sure I respect that trust by taking better care of the ball.”

Heading into a student-athletes senior year, typically nostalgia sets in for many, but for Neff he has a different take based off his prior experiences.

“It feels strange to only be playing 1 more year of high school. It feels like I just started, and I missed those years of playing while we lived overseas. I don’t want it to be over. Right now, I am facing the possibility of playing 1 more season of football, which is weird to think about.” He continued, “Hopefully, some college will fix the 1 more year thing, but even if I play in college, I know it’ll be different. This is special, and I really want to enjoy and savor it as long as I can.”

With one of the stronger arms in the state of Georgia, and great academics to boot, Neff has been under the radar for too long. His football summer camp journey starts on June 7th, and we’ll keep you posted on Twitter @RecruitGeorgia for the latest news on Neff.