We contacted Krajewski later that day to talk about his commitment, but Colquitt County has a 24 hour no-phone rule before a game. Luckily, he got back with us today, and he spoke about how it feels to be done with recruiting.

“It feels really good to not have to worry about the recruiting process, and it allows me to focus 100% on the season, and winning a state championship,” he said.

Krajewski chose the Huskies over Syracuse and three mid-major offers from Mercer, FAU and Georgia State. This is ends a long recruiting process for the 2018 star quarterback, who traveled all over this offseason competing against the top regional talent in the southeast.

“I was offered by UConn back in spring football (May 25th) and coach Lashlee, and I have built our relationship since then making it easy for me to choose to play there after my official visit.”

The 2018 signal-caller is one of the biggest sleepers in the state of Georgia, and demonstrates the tools to execute UConn’s new offensive scheme led by previously mentioned Rhett Lashlee. The up and coming coach came into college football prominence when he took over the play-calling duties at Auburn last season, and was a hot commodity during the offseason coaching search before being signed up by Connecticut.

Krajewski talked about playing in UConn’s new offensive scheme, “I’m extremely excited to work with Coach Lashlee and his spread offense. It is very similar to the offense I run now at Colquitt, so it should not be too hard to adjust.” 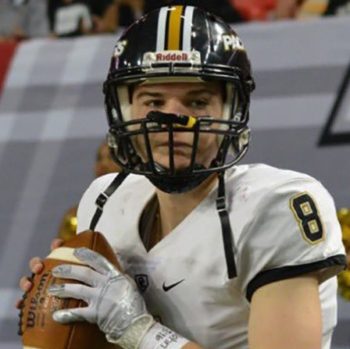 UConn fans should rejoice in the commitment of Krajewski, whose recruitment has seen plenty of twists and turns. The senior is originally from Macomb Township in Michigan and just recently transferred down to south Georgia before his junior season. His first year at Colquitt he was the primary backup, and learned the intricacies of Rush Propst’s high-powered offensive scheme.

This season he jumped right into the starting quarterback position and has led his Colquitt team to a 7-1 record after last night’s 27-6 victory over regional foe Camden County. Over the last 9 seasons, Colquitt County has gone 97-26, including two state championships, and an additional five trips to the semifinals and finals, so expectations are sky-high in the community.

Moving forward into the latter part of the season, Krajewski only has one goal he has left unchecked. “My goal for the rest of the season is to win a state championship,” he exclaimed.

So what type of player is UConn getting in Krajewski? Well, he has a big frame, and his long running stride allows him to eat up yards in a hurry. He’s got really good height at 6’4″, and we have been extremely impressed with his intermediate passing skills during the 2017 season. He is accurate when throwing on the run, and we are especially impressed with the heat he gets on his passes when throwing across his body.

More than anything, he is a student of the game, and is driven to be one of the best. Recruiting guru Tom Lemming was very high on Krajewski when he visited him at Brother Rice his sophomore year, naming him one of the top players in the state for the class of 2018. He has been rated around the top 10 quarterbacks in our rankings for the state of Georgia since last winter.

With Krajewski’s commitment, UConn now has 15 commits in their recruiting class, including two from the state of Georgia. He joins Westminster offensive lineman Peter Rooney, who will be a bookend offensive tackle for the Huskies. 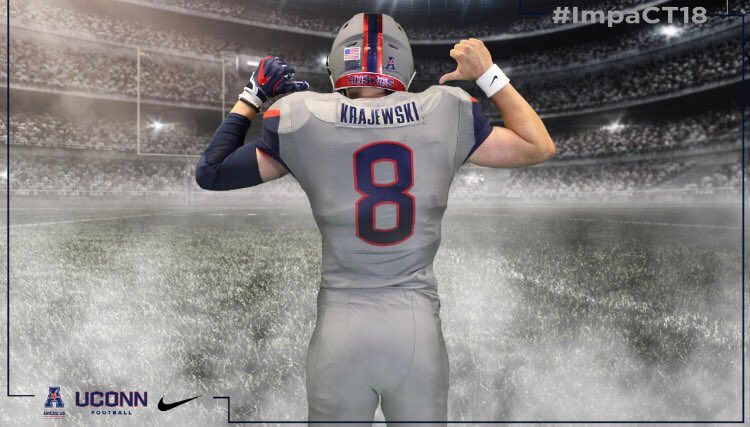