One of the more impressive class of 2018 safeties we have seen this offseason is Markeith Montgomery. The All-State safety plays for Ridgeland, a high school tucked away in the northwest corner of the state, and is already grabbing the attention of power 5 schools.

Wesley Tankersley, coach at Ridgeland, let us know the colleges who are expressing the most interest thus far, “He has received interest from Clemson, Georgia Tech, Tennessee, among a few others.” 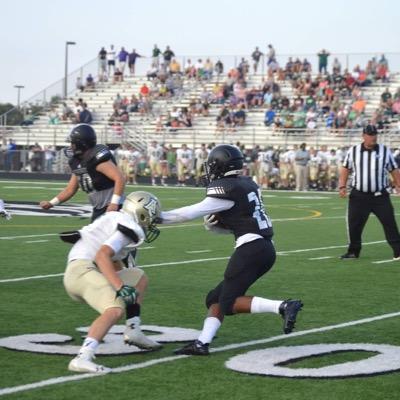 Montgomery showcases his talent plenty on the field but is also a high character person off the gridiron as well. Tankersley spoke about his character. “He is a great character young man. Has a great GPA (3.8), never gets in trouble in class, and is always on the field working to get better.”

That no nonsense mentality is a byproduct of his success, and has put Montgomery on a short list with prior football legends at Ridgeland. Scott Herpst writer for the Walker County messenger explained the historical significance of last season’s accolades.

“Their selections (Georgia Sports Writers Association) now give Ridgeland High School 14 All-State players in its football history, which dates back to 1989. Montgomery’s first team selection is the first for the program since Vonn Bell, Darrell Bridges and Gannon Hampton were all named as first team picks in 2012.”

According to Herpst, Montgomery is the first 10th grader in school history to be first team All-State and the coaching staff’s expectations only continue to grow for the rising junior.

“I think you will see a lot of improvement this year because it will be my second year at the school and he will have a year to learn and understand our schemes and philosophies,” Tankersley said.

Watch the young safety on film and you see why regional schools are already interested. His ability to recognize the play and attack is noteworthy, but what impresses us the most, is how technical his tackling already is.

The offers will be rolling in soon, so if you are interested in recruiting Montgomery, click HERE for his profile.