Dylan Prater is our most recent Play of the Day winner. Over 6,000 votes were made in about 5 hours, which allowed the dual threat quarterback to narrowly edge out LaGrange’s LaPerion Perry by less than 1%.

Prater went into spin cycle, eluding a would-be Chapel Hill tackler, then taking off for the score. The sequence of events showcased the East Paulding quarterback’s incredible determination, athleticism and innate balance.

We caught up with the elusive quarterback to about talk the offseason and his latest recruitment news. 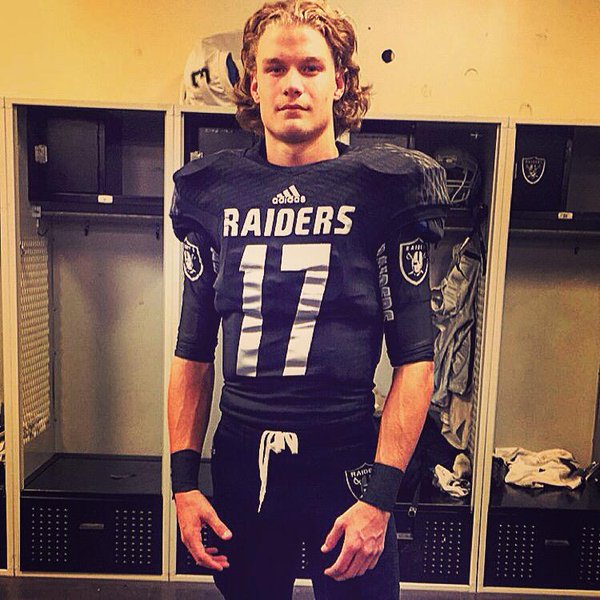 Prater, who believes his versatility and competitive spirit is what makes him attractive to colleges, said that, “KSU, App State, and several D2 teams” have contacted him.

He tailors his game after “Tim Tebow, Russell Wilson, and Johnny Manziel.” Watch him on film and you can see the similarities between him and the trio of college football legends.

He is a slippery player and typically the first tackler whiffs due to Prater’s natural running instincts. He totaled roughly 1400 yards passing and just over 1000 rushing during last season.

Perhaps his most impressive game came against Lanier High School last fall. Lanier, arguably the most talented defense in the state last year, was shredded by Prater for multiple long runs – making elite recruits look silly in the process.

During one play, he ducked under top rated defensive tackle Derrick Brown, turning a near safety into a 4 yard gain. His decision making, balance, and speed make him an impressive player to watch.

He could honestly play multiple positions at the next level if teams do not see a fit at QB. Prater shows a lot of potential at slot receiver or even safety.

The 2017 athlete is focused on improving a few parts of his game. “I need to improve my timing with my receivers, and all my craft, cause you can always get better at everything.”

He plans on attending upcoming junior days at Kennesaw State, Appalachian State, and Charleston Southern. Also, Prater plans on competing at Nike’s The Opening and Elite 11 as an athlete.

It will be interesting to see how he competes playing different positions at the upcoming camps. His ability to change direction is impressive, but with no receiver film, he will have a lot to prove.

The rising senior’s goal for this upcoming 2016 season is “to improve as a team and compete for a state championship this year.”

East Paulding is returning a good bit of talent from last year’s team. Multiple players are receiving interest from FBS schools this offseason, and player’s like Prater figure to be a focal point for the team’s success.