Speedy rising senior Jamichael Baldwin has come a long way in the last year. He’s gone from a relatively unknown prospect with a lot of doubters to someone with NCAA offers.

The Class of ’17 prospect spoke about how far his recruitment has come.

“A year ago on this day I had no offers,” Baldwin said. “Many people told me I was too small to play at the next level. Now I hold 3 offers from Kentucky Christian, Avila, and Lindenwood.” 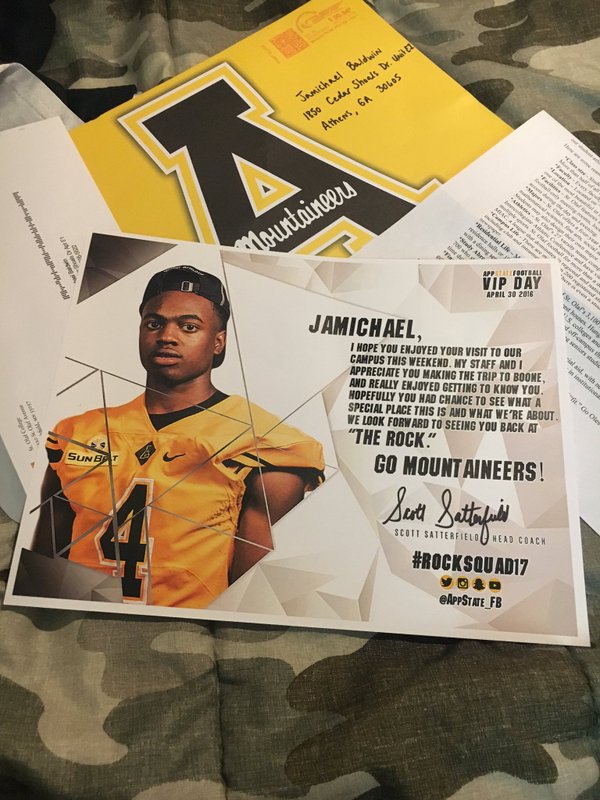 We first heard of Baldwin (5’8″, 165) a year ago now as well. Demetris Robertson, a Class of ’16 California signee, said that Baldwin was the hardest player to guard at the FBU Camp in May of last year according to Trent Smallwood via Twitter. Robertson was by and large considered to be the best athlete in the country last year, so that speaks volumes of Baldwin’s athletic talents.

The rising senior played his first three years of high school ball at Cedar Shoals and was used in multiple ways to get the ball in his hands. Heading into his senior year, Baldwin has transferred to a new school but has the same goals.

“I’m transferring to Rockdale County High School but my season goals don’t change. Get back to the playoffs which I haven’t done since 9th grade.”

Baldwin might lack prototypical size, but he makes up for it with hard work and preparation. The rising Rockdale senior spoke about what he is working on this offseason. “(I’m) looking to drop my time to a 4.3. This offseason I put on 15 pounds of muscle along with running track.”

Colleges should keep an eye on how Baldwin does at Rockdale this upcoming season. He should see a lot of touches, and his added strength could be a game-changer for his recruitment and new team.