Arabia Mountain senior Michael Miller is Week 9’s Top Play winner from our weekly Top 10 plays. The exciting senior athlete made a gravity defying catch with a defender draped all over him in the corner of the endzone for a miraculous touchdown.

This is not the first time Miller has made our Top 10, but this time he came out #1. The senior has been been one of the real breakout players this year in Georgia, so we caught up with the gridiron star to talk the season and recruiting. 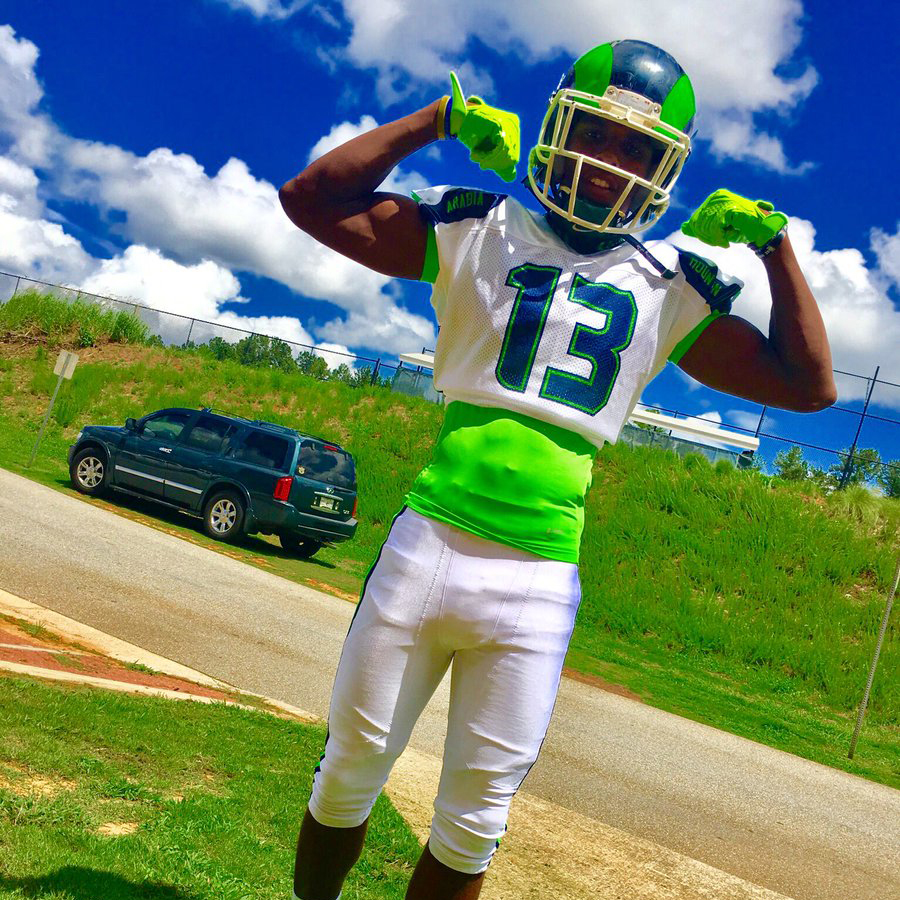 The senior currently has 24 receptions for about 400 yards on offense and 3 TD’s, while also securing 20 tackles, 3 interceptions and 8 pass breakups on defense. As his stats indicate, Miller is a very versatile player, capable of playing on either side. The senior maintains he has no preference where he ends up.

“I love playing on both sides of the ball because I just love to be on the field helping my team win.”

Perhaps the best skill Miller has is his ability to high-point a pass. The senior has a ton of desire and focus when goes up for a grab. It was no surprise then to hear that he models his game after an NFL legend at wide receiver.

“I would really say I model my game after Larry Fitzgerald because of his hard work, crisp routes, and his reliable and consistent hands.”

At 6’1″, 175-pounds, Miller might not have the same size as his favorite NFL player, but his ability to gauge a pass midflight is extremely similar. Miller has good athleticism scoring a 35″ vertical jump and 4.2 shuttle time. He is a good student with a 3.4 GPA and already has scored a 22 on the ACT.

Miller said that Milsaps College, Catawba College, Kentucky Wesleyan and University of Buffalo have been in the most contact. He plans to visit Valdosta State, Tuskeegee, Western Carolina, and Wingate in the coming weeks.

Right now though, the focus is at Arabia Mountain, where his talented SR laden team is consistently blowing out opponents and has only one loss on the year. They hope to finish the regular season strong and make a deep run in the playoffs, but in order to do so, seniors like Miller will have to continue to step their game up.