Rivalry Week just took place and some of the top college football games of the season happened this weekend. A lot of recruits took in the exciting college football action across the country and we will recap who visited where.

Also if you are interested in being on our end of the season highlight video CLICK HERE. 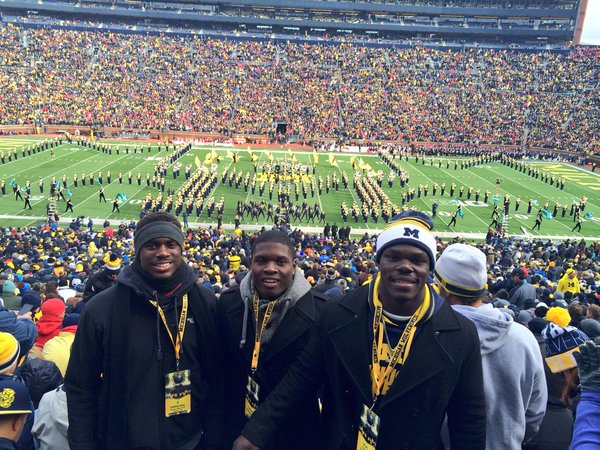 Some very talented players were at the Michigan v Ohio State game yesterday. Newton HS’s outstanding 2017 athletes Kurt Taylor, JJ Holloman, and Jaquan Henderson (UCLA commit) were at Ann Arbor. Kurt Taylor is already committed to Michigan, and JJ Holloman let me know that he had a great visit. Indiana and Georgia Southern are two other schools hotly pursuing the impressive junior wideout.

Elbert Co’s Mecole Hardeman suffered a tough loss last Friday to #1 Calhoun 33-30 in triple overtime. Shortly after, he was on a plane flight up to Michigan for his official visit. Michigan and Harbaurgh have put the full court press on the talented North Georgia athlete, who can do-it-all on the gridiron. From all accounts, Hardeman had a very good visit and hungout with Kurt Taylor some. Hardeman is a consensus top athlete in the country and could play on either side of the ball. For Elbert Co. he plays QB and DB. He is one of the fiercest competitors in the state and is a high-character person. Georgia and Tennessee also hosted Hardeman for visits this fall and his decision will most likely make it to National Signing Day. 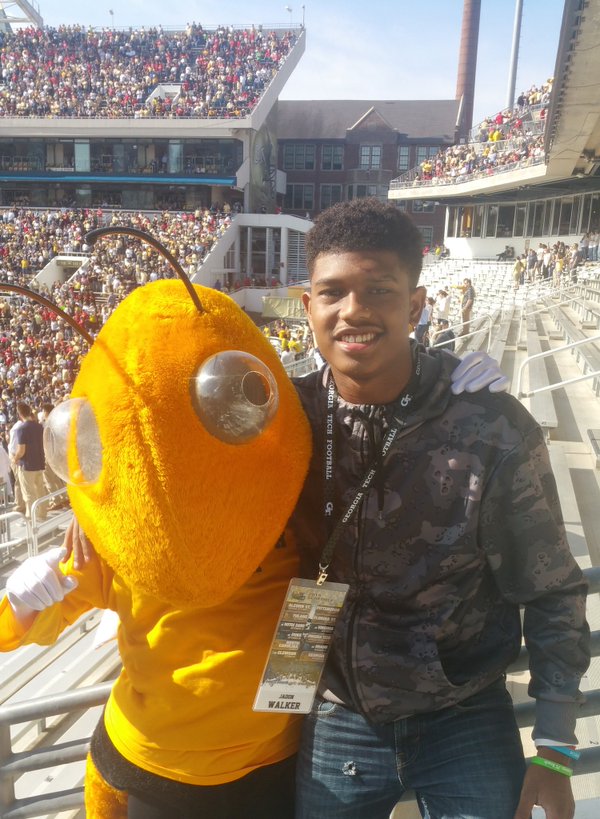 Clean Old Fashioned Hate was in Atlanta this year, and some young players attended. Jadon Walker a lightening quick junior QB-athlete from Chapel Hill really enjoyed his visit to Tech. A pair of 2017 B-Back prospects were also at the game. Lofton Tidwell from Landmark Christian and Trevor Gear from Eagles Landing Christian. Both athletes are bruising players and do a good job running behind their pads – ideal for Tech’s B Back position. Mill Creek sophomore OL John Harris attended the game.  Jamar Terry, a 2017 safety, hungout with Gear during the game and had a good time too.

Arabia Mountain junior running back, Carl White III, visited Georgia State on Friday for the 31-21 victory over Troy. Georgia State has now won 3 games in a row and is currently 4th in the Sun Belt, believe it or not.

A handful of players notified Recruit Georgia about visiting Sun Belt’s top team Appalachian State this weekend. Joshua Ingram a really talented junior hybrid SS/OLB was at the game. Stavion Stevenson, a lanky 2017 defensive end from Cedar Shoals, made a return trip to Boone. He has visited multiple times the last few months and showing serious interest in App State. Elijah Watson was the last 2017 prospect to let Recruit Georgia know about his visit to Boone as well. He is an athletic defensive tackle prospect with good measurements. 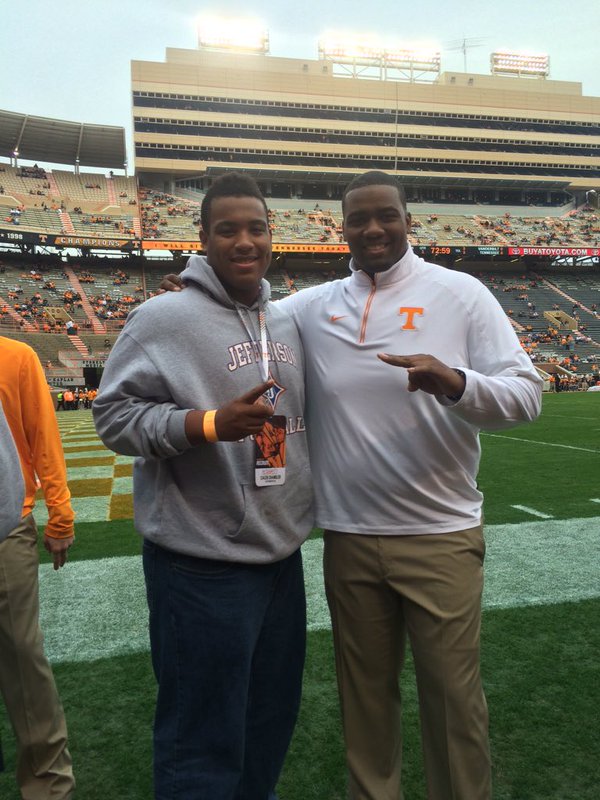 Chandler on his visit to Tennessee

The Tennesse Vols hosted underclassman lineman from Georgia yesterday. Caleb Chandler who might be one of the top junior offensive tackles in the state visited. Chandler is a big dude from Jefferson HS (6’5″ 300) and is a two-time all state player already. He’s a great athlete, who is very strong and his recruitment should blow up very soon. Jahmal Wynter, a junior from Henry Co, attended the Vols game vs Vandy. He has a great frame to put on weight and really came on strong towards the end of this season. Sandy Creek’s Cole Neely let Recruit Georgia know he “had a great time at Tennessee” yesterday. Neely is a tall offensive tackle prospect that has a lot of potential. The last and youngest visitor to notify RG about visiting the Vols was Jackson Ramey. Ramsey is a 6’4″ 260-pound EIGHTH grader out of Banks Co. and is one of the top his position in the country for his class.

Collins Hill’s lanky flame-throwing quarterback, Drew Dinsmore, visited NC State yesterday. The 6’5″ Dinsmore is a prototypical pocket passing QB who shows a nice touch with the ball. The class of 2017 QB should garner interest from schools all throughout the southeast very soon. 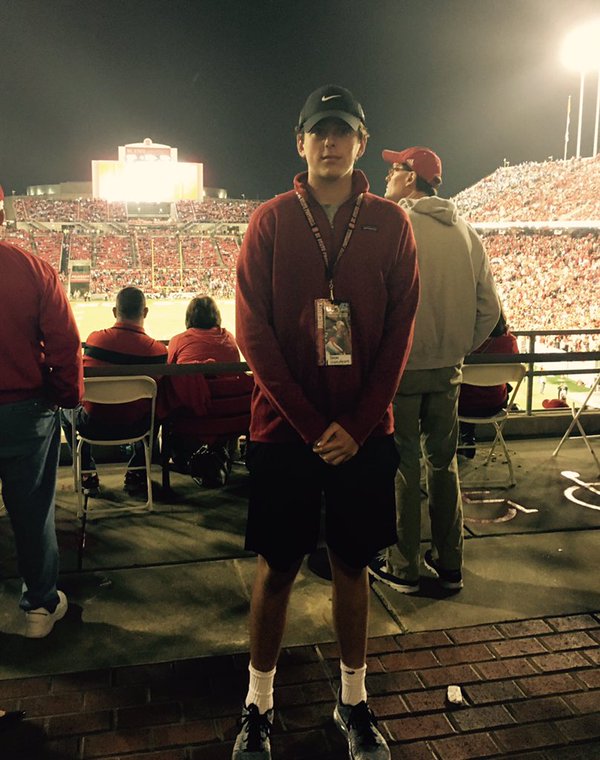 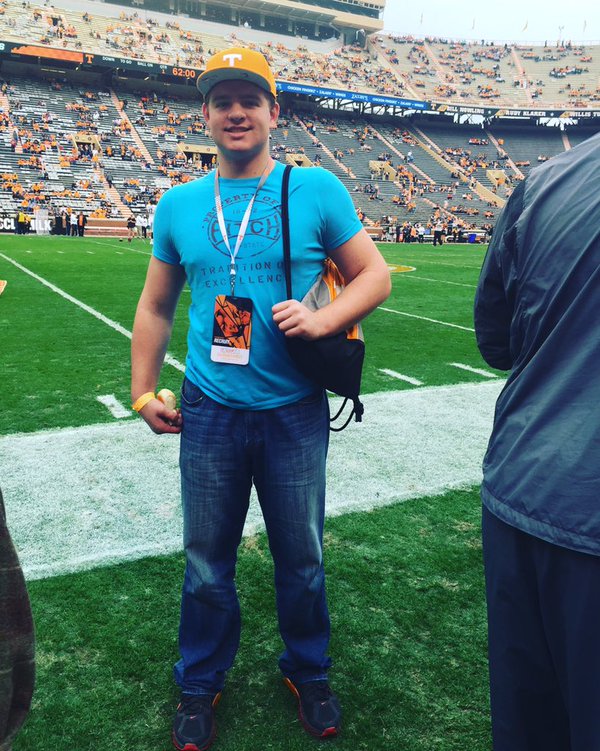 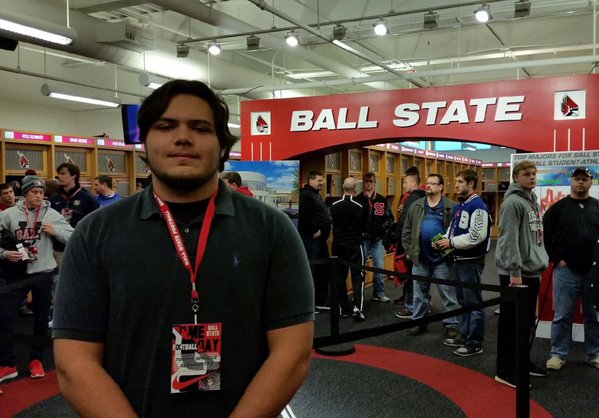 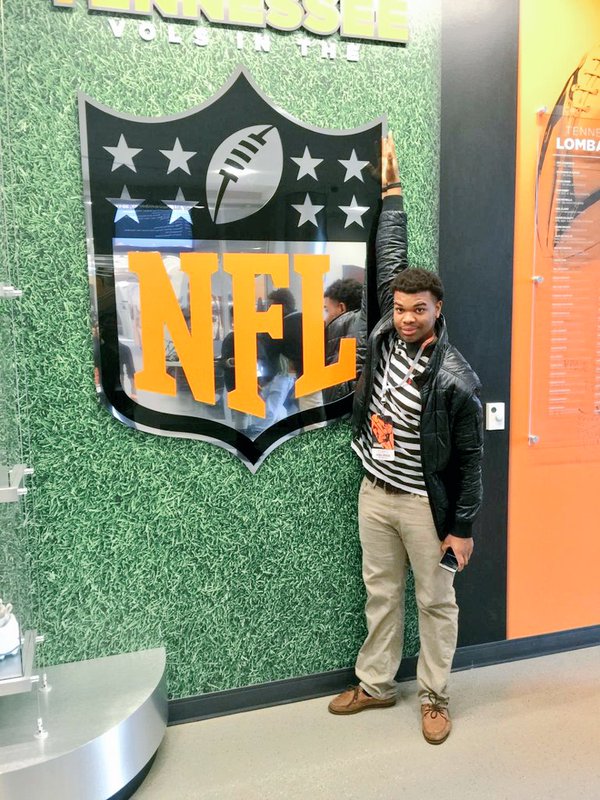 Wynter at his Tenn visit 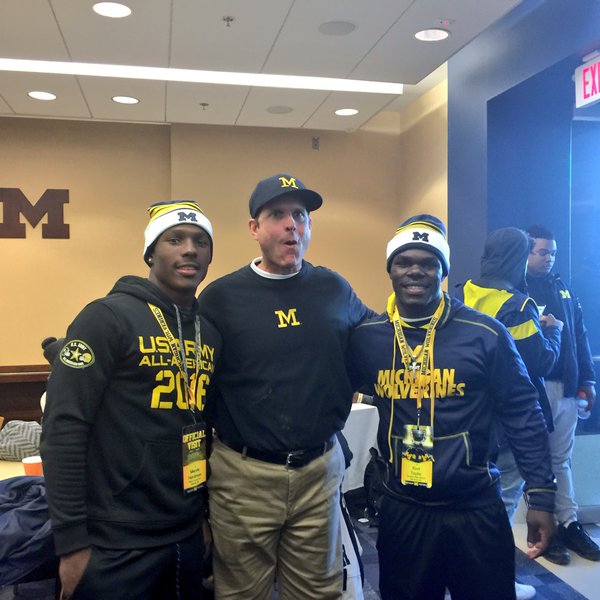 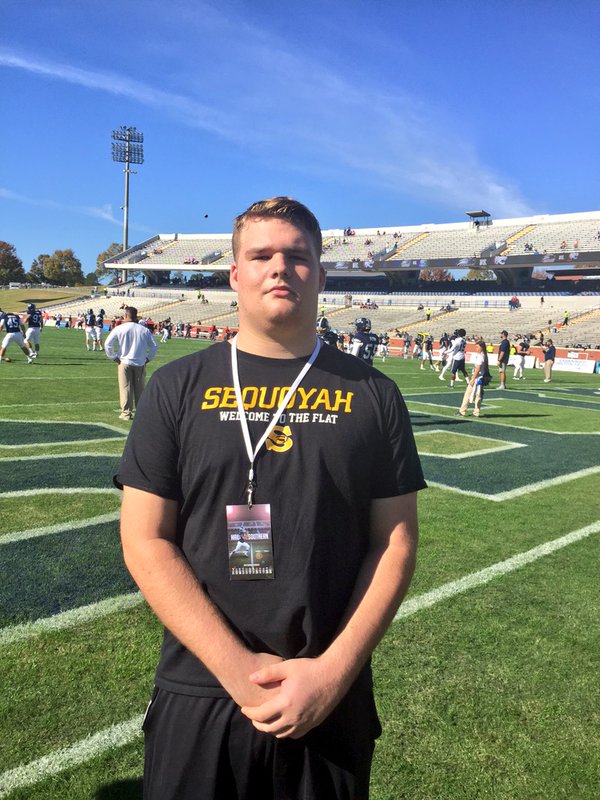 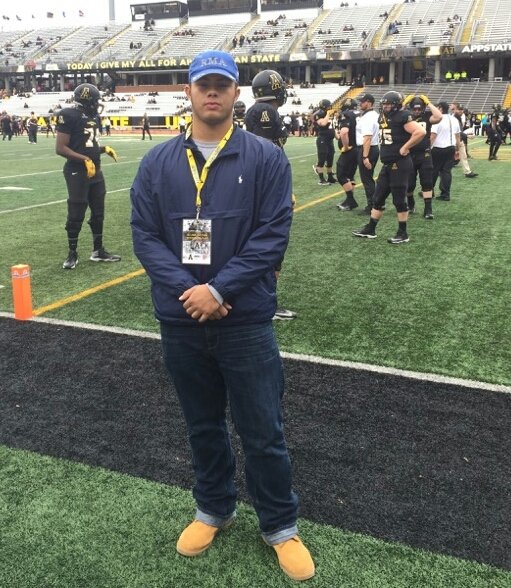