Friday Night games are just hours away, and we wanted to kick off this weekend of football with a recap of recruiting news in Georgia.

Be sure to check out our Week 10 Power Rankings going into tonight’s games, as well. 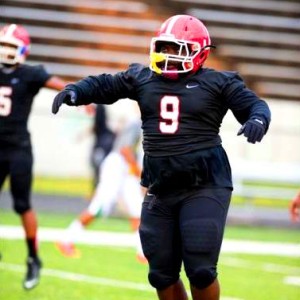 Kali James is one of the most underrated defensive tackles in the state of Georgia. He lacks ideal height (5’11”) but the Jonesboro athlete can flat out play football. The 2016 athlete has extremely quick feet (4.7 shuttle) and does a great job of jumping the snap. He is fundamentally sound, making great use of his hands to impact pass and rushing plays. The senior defensive tackle lives in his opponent’s backfield. James is currently committed to play college ball at Campbell.
– RG Profile

Prather Hudson is an impressive two-way athlete for Brookstone. He could play offense at the next level, but he truly impresses on defense. Hudson does a great job of rotating his hips at cornerback and staying with the receiver. He has good footwork, backpedals well and breaks on passes with incredible quickness. Another impressive attribute for the Brookstone star is his 40.5″ vertical jump. He takes very good pursuit angles and his athleticism allows him to make plays all over the field. He could end up playing any of the defensive back positions at the next level. The senior has an outstanding 4.65 GPA and 31 ACT score. He has visited Air Force, Princeton and Vanderbilt so far this fall.
– RG Profile 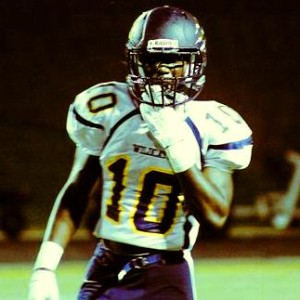 Wheeler’s junior safety Bennett Bay seems to always be in the right place at the right time. He’s caused five turnovers (4 INTs and a FF) this season and displays really good hands on tipped passes. Bay plays up to his competition, and some of his best games are against state powers. The class of 2017 prospect does a good job of shedding oncoming blockers and plays his role within the framework of the defense. He does a good job of reading the QB’s eyes, and wide receivers going down the middle need to watch out—Bay is more than capable of delivering punishing blows.
– RG Profile

Carlos Carriere is an extremely lanky wide receiver (6’6″, 170) that utilizes his height well. Throughout the year, we have continued to hear Carriere’s name making big plays for the Alpharetta Raiders. He has a nice double move that he executes on long passing plays, which provides good separation between him and the corner. He is a dangerous deep-ball and red-zone threat. With more work, he could be a very deceptive route-runner at the intermediate passing level for his size. The 2017 receiver needs to continue to fill out, but his height is a compelling asset for any college football team.
– RG Profile 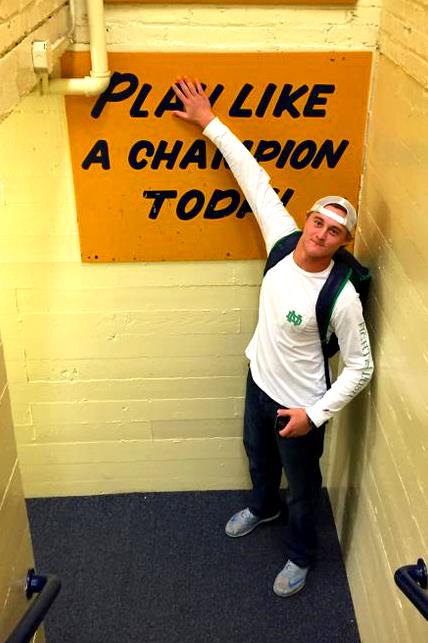 Trent Zeigler, a 6’3″ senior defensive end from South Effingham, visited Notre Dame last weekend. He is a very good pass-rusher, and at the next level could be effective at OLB in a 3-4 or with his hand on the ground in a 4 d-lineman scheme (spread offenses have resulted in quicker/faster DEs – see Vic Beasley & Jeremiah Attaochu). It all depends on how he bulks up and what system he lands in but this kids senior FILM is worth a watch.

Class of 2017 safety Shameer Bennett of Kell let Recruit Georgia know that he will be visiting Duke vs. Pitt on Nov. 14.

In our last recap we reported that Newton running back Artice Hobbs visited Army. The elusive back has now since named them his #1 team.

KK Brooks, a Yale commit from Walton HS, was selected by Cobb Football Friday as Player of the Week. The senior back totaled 227 yards and four touchdowns in a convincing victory over Woodstock.

Another player who is putting up great all-purpose yards is Banks County athlete Trevae Cain. The last two games he has churned out 425 yards rushing, 48 carries and eight TDs. He also has 94 yards receiving on just four catches and two scores.  FILM 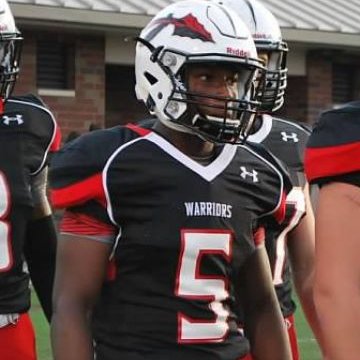 Bryson Perry, Cherokee’s senior corner, was offered by Army. The 2016 corner has put in a lot of work and was finally rewarded with his first FBS offer. Watch his SR film HERE.

Camden County jumbo athlete Mack Nash was offered by Iowa State as an offensive tackle. Nash told Recruit Georgia that schools have offered him at TE, OT, DE and DT over the months. This was Nash’s first Power 5 offer.

McEachern senior Ajani Kerr was offered by Elon on 10/22. Elon was his first offer to date, but it certainly will not be his last. Watch FILM

Dorrius Rodgers, a defensive tackle we have highlighted throughout the season, was offered by The Citadel on 10/22. His recruitment is really starting to pick up now. 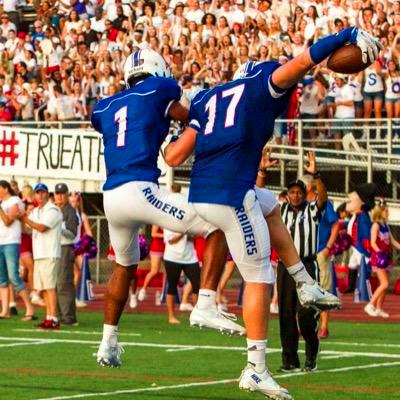 Walton freshman sensation Dominick Blaylock continues to keep racking up offers. North Carolina State is the latest to offer the explosive wide receiver from Cobb County. Blaylock is one of the elite freshmen in Georgia and quite possibly the entire country.

Sabree Curtis, a senior back from Creekside, was offered by local school Georgia State. Curtis eludes tackles like a bad cold and consistently breaks long runs for his team. He is an exciting player to watch on FILM.

Quinn Miller, middle linebacker for Archer’s vaunted defense, was offered by Mercer. To our knowledge this is his second offer, following a Cincinnati offer back in September.

Eugene Brown, a junior defensive back for top-ranked Stephenson, was offered by NC State. A lot of power conference teams are taking an interest in the DB, including Wake Forest and Illinois offering last week.

Click Below to Pre-Order Star Wars Battlefront On Amazon 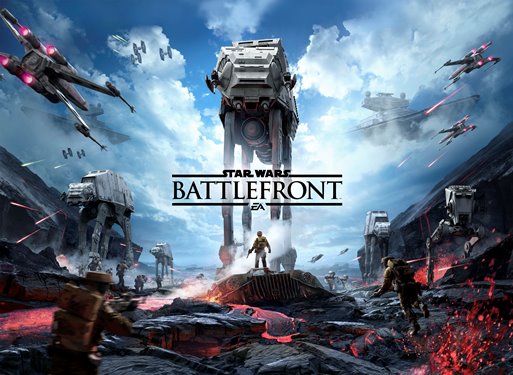