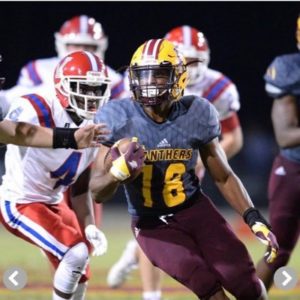 My athletic abilities and my work ethic

Owens is the RB that is already on a lot of teams’ radars with how powerful he totes the rock on his film. What you have to like about Owens is his one cut and go running style. He digs cleats in the turf, sells his fake one way and then gets up field fast. That’s a consistent them in his running style. At times you wish he would show that same urgency all the time, but no doubt when he hits a seam he can accelerate at legit FBS level, but doesn’t have the top end speed or ability to change direction. I really like his pad level for the most part, but he does tend to pop up when making a cut. That needs to be worked on. He’s a stout athlete, but his running vision could use some work, there are some cut back angles he misses and he doesn’t have the speed to make these plays happen at the next level.