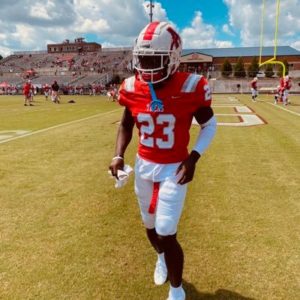 The 2021 defender sticks his nose into the action and really gets after the ball carrier in pursuit. Run support is definitely good, and there are some nice moments where he does well in man coverage too. McCrary gets low on his tackle attempts. Goes for the big hit instead of raking out passes, but definitely pops the receiver. McCrary looks to have taken a step forward in pass coverage and already has 7 PBU’s. Archer’s defense has been knockout here in 2020, and McCrary has certainly played a big role – he’s even blocked a few punts. Really it’s the improvement in coverage that should catch colleges attention – McCrary is a solid nickle recruit, and overall just a smart football player.