It was a little over a year ago when we first saw film on Ladd McConkey, and shortly after he won one of the top plays on our website back during the 2018 season. His elite quickness was evident on film, which earned him first team All-State as a returner on the site, but still had a lot to prove during the upcoming offseason.

It all really started with a 10.8 100M time during the spring, and shortly after the 2020 slot receiver had earned his first offer from William & Mary. More offers continued to come in, and during the evaluation period McConkey really saw a shot of interest. He posted a 4.56 electronic 40 time, a 36.6 vertical jump and a 4.12 to shuttle time at the Nike Combine, while also dominating in 1v1’s as well. That performance really solidified the junior as a legit FBS prospect in our eyes.

We caught up with McConkey right before the camp season, and that’s when we first heard the lightening-quick athlete would be the new quarterback at North Murray. We preemptively wrote, “region opponents will be chasing after McConkey like a pack dogs after a jack rabbit hopped on caffeine.” I believe those words have aptly described the 2019 season.

His team went undefeated in region play sending Calhoun their first loss since the early aughts, but we cannot lie, doing the exceptional is something we have come to expect from McConkey. The senior has just come off a 442 all-purpose yard game with 3 passing touchdowns, 1 rushing touchdown, and also 1 interception returned for a score too.

One of those passing touchdowns was nothing short of spectacular, and encapsulated exactly what we eluded to earlier this year, you cannot catch McConkey, or so that’s what Sonoraville came to understand. Rolling out left in the redzone, McConkey was met by a slew of defenders, so he redirected and reversed over to the right side of the field with most of the defense now in pursuit. Going from one sideline to the next is not always a recipe for success, and more defenders met the senior, but the ever-adept McConkey saw an open receiver, and threw it over the defense for a walk-in touchdown.

On Sunday night, McConkey made our top 10 plays, and 24 hours later he came in 2nd place not just for that weekend, but the 2nd most votes of any play the entire season with 3658. It’s been a great season for the senior, who is quickly becoming a coveted player in the recruiting world too.

“The regular has gone great. We went 9-1 and won the region championship.” And on the recruiting front, “Recruiting is going well right now. I have 7 FCS offers and 2 FBS. Along with those schools, I have recently been talking to Jax State, Coastal Carolina, Clemson, Washington State, Colorado state, Rice, Ball State, and a few more.” 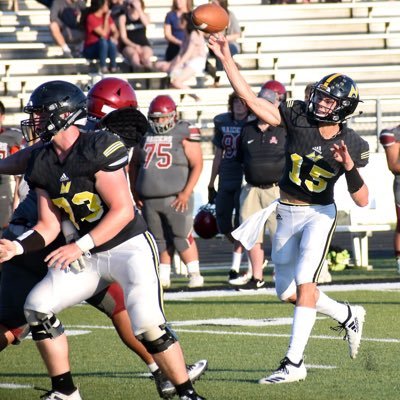 Now some will debate that the title of this article is embellished. Of course that cannot be the case, Jahmyr Gibbs has over 2000 yards rushing at Dalton, but one would argue that Ladd McConkey’s ability to make defenders miss is equally as special, and the senior has the ball in his hands on every play while also playing stellar defense too. The senior has gone from a slot receiver and specialist to one of the more dynamic all-around players in just a year, how did he do it?

“From last season the main thing I feel like I have improved on is my body. I worked really hard this offseason to gain the weight I have. Also, switching roles to playing QB has been a tough process since I played slot all three years before this.”

Watching his senior film is good entertainment value for any fan of high school football. The senior has worked hard over the last year, and is finally garnering the FBS attention that he deserved from the onset.

He still will be recruited as a slot receiver, but it would be remiss to say that McConkey has made strides at QB over the last few months. Both in going through his progressions, but also mechanically, as well, so it was interesting to hear about who he models his game after.

“This year, playing QB, I really tried to mold my game around Johnny Manziel. He was so exciting to watch and could turn any play into a big play at any time.”

This has been a historic year for North Murray, who is winning their first region title in school history, and that is enough for any senior to cherish moments like this fall. Looking back, we asked McConkey to reflect back on his experiences during Friday nights. 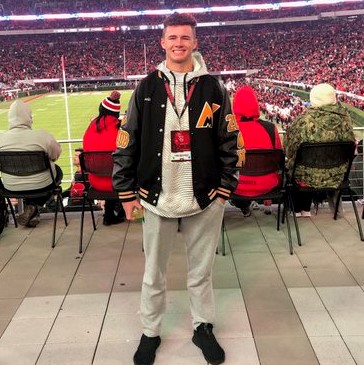 “My favorite part about Friday nights is just being out there competing with all my teammates. We have a huge senior class that have all played together since we were 7 so the bond we have is crazy!”

That senior class came in looking to make a statement this season, even though several key players from their 2018 squad had graduated, there was a lot to build on. Still, most preseason pundits, including myself, had North Murray outside of the top 10 in 3-A, and went with the safe choice of picking Calhoun again, but boy, were we all wrong.

Will this North Murray squad continue their upward trajectory to one of the final few teams remaining in 3-A? Right now, there is a lot to focus on for McConkey and his teammates, but the recruiting world never stops, and McConkey is fresh off a UGA visit last Saturday.

He talked more about upcoming visits, “I am in the process of setting up my official visits right now, but I will be visiting Clemson this weekend.”

November is about to heat up in a number of ways for McConkey, especially if his team continues this run. His film is explosive with big plays all over the field, and just a few days back a P5 wide receivers coach reached out to us after seeing his highlight. In our opinion, more coaches will be reaching out soon, so stay tuned to hear the latest on McConkey’s recruitment and his team’s potential ascent to the top of 3-A.