Suwanee (Ga.) Lambert begins its eighth year of playing high school football, and surprisingly they have never had a losing season. At the same time The Longhorns have never won more than eight games and have only gotten past the first round of the GHSA playoffs once. So how does fourth year Head Coach Louis Daniel get his team over the hump?

One of the many assets Daniel can count on this fall is cornerback Kenneth Dicks, III. Last season the 6-foot-200-pound junior recorded 38 tackles, nine PBU’s, and was tied for the team lead in interceptions with five. He also returned 18 kicks for 426 yards. As a sophomore he left his mark on the offensive side of the ball chipping in 204 rushing yards on 37 carries in just four games.

“We put Dicks on the best receiver our opponent has to offer, we don’t have to worry about him,” Daniel said. “His potential is untapped at this time. He plays violent with reckless abandon while possessing ball skills. Dicks will eventually play at around 220-pounds.” 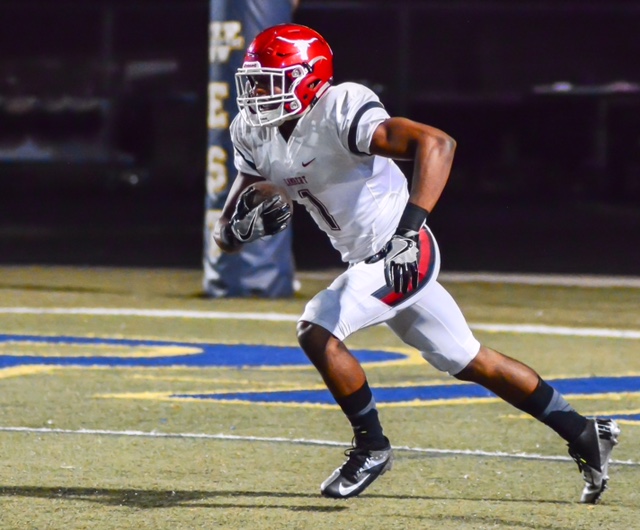 Looking at his offers it’s safe to assume that this young man has taken care of business in the classroom. Dicks currently has a 3.5 GPA and scored a 1,150 on the first take of the SAT, He is already set to take the test again with a goal of going over the 1,200-mark.

“I’m interested in everyone at this time, but would love to hear from more ACC and SEC schools, Dicks said.” “Right now Air Force and Georgia Southern seem to be recruiting me the hardest. Coach Olten Downs is doing a great job, the Eagles were the first to offer and they just got everything rolling for me in recruiting. Coach Downs stays is constant contact.”

This spring Dicks has made three unofficial visits. He has been to “The Plains” of Auburn twice in February while visiting “The Flats” of Georgia Tech just last month.

On the camp circuit Dicks has yet to make an appearance, but he does intend on hitting the Nike Combine in Charlotte on May, 7. As far as college camps go he plans on waiting to see how the spring evaluation turns out, then discussing his options with his parents.

“He is flying under the radar in my opinion,” Daniel said. “I’m a little stuck trying to understand why he does not have more offers this offseason. We recently clocked him multiple times in the 4.4-range and he the kid has a 40-inch vertical, that is a little freakish if you ask me. He is a versatile kid that could play any position in the secondary at the next level.”

With the evaluation period just a week old, most schools haven’t even gone out yet, because they just finished their spring ball. You can bet more offers will pour in for Dicks, because big corners with an affinity for contact aren’t under every rock on the recruiting trail.

While keeping one eye on his opportunities at the next level, Dicks hasn’t lost sight of the team goal of winning Region 5-AAAAAAA again while making a deep run in the playoffs.

“Right now I’m realizing that playing a bigger leadership role is the key to Longhorn success,” Dicks said. “I just have to give the team a spark in tough situations. This fall I’ll not only be playing cornerback but some receiver. I hope to improve on tracking the ball while showing college coaches my versatility as an athlete.”

College recruiters looking for a secondary difference maker cut from a different cloth should check the Longhorns in action May, 19 as they host Atlanta (Ga.) North Springs. There is something to be said about a self-motivated athlete with the desire to excel in all aspects of life.