Georgia Southern picked up an important piece to their recruiting class last night when All-State do-it-all athlete John Wesley Kennedy made his pledge to the Eagles live with sports analyst Frank Sulkowski on WJCL – an ABC affiliated down in Savannah, GA (the commitment video is right above).

The Benedictine senior was widely considered one of the best uncommitted prospects still in the state of Georgia. Kennedy chose the Eagles over offers from Southern Miss, Appalachian State, Tulane, Georgia State and Cincinnati. 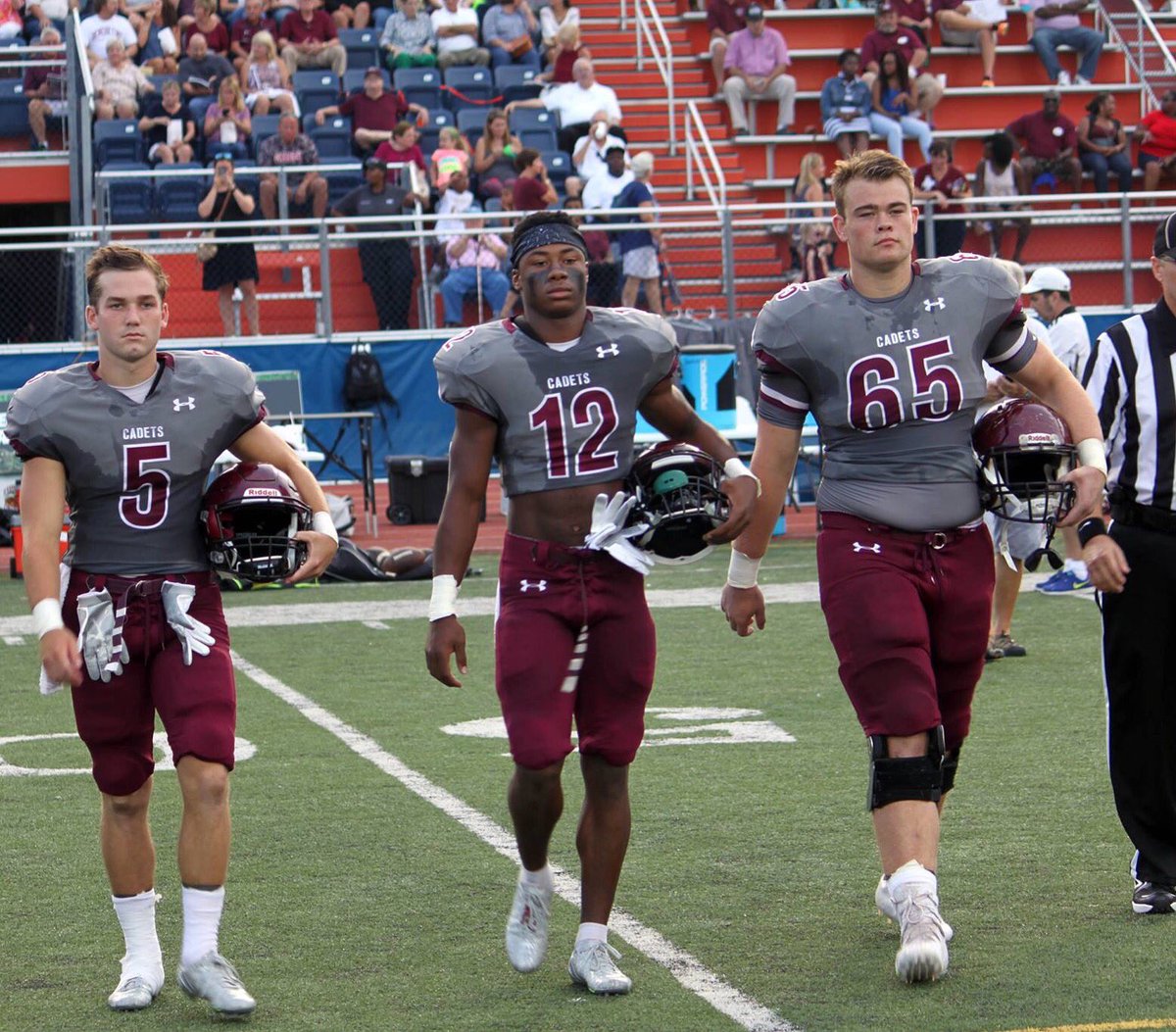 With his commitment Georgia Southern is landing a player who can do a little bit of everything. In Class AA in Georgia he was one of the leading rushers, receivers and returnmen; giving him a whopping 2868 yards of total offense last year along with 33 touchdowns.

Kennedy is a natural athlete out there on the field, he makes timely cuts, and shows incredible hand-eye coordination when he elevates high above the defender for a catch. He is the ultimate competitor and every game Kennedy plays like there is no tomorrow.

No game was bigger than this year’s state championship game, where the jack-of-all-trades senior played an instrumental role against Fitzgerald’s vaunted Class AA defense. The Cadets won 49-26, and in the process Kennedy totaled 123 all-purpose yards on offense, scoring two touchdowns, with one coming off an interception in the waning moments of the game.

Kennedy should do really well in Georgia Southern’s offense under new offensive coordinator Brian Cook. His ability to catch the pass and work out in space on the run is perfect for the a-back position in the spread triple option. He is the 13th commitment for the Eagles in the class of 17 and the 7th player from the state of Georgia. Joining Kennedy is Benedictine teammate Chris Harris, who committed earlier this week. The two Cadets should prove to be impact players for the Eagles in the future seasons.

Watch John Wesley Kennedy’s senior film down below and leave a comment congratulating him on his commitment to Georgia Southern.