Johns Creek running back Nate Hope II had a big decision to make after a very successful offseason where he was pursued by some of the top academic schools in the country. Hope had offers from all over, giving him incredible scholastic options like: Princeton, Brown, Cornell, Columbia, Yale, Navy and Army. But ultimately, it was Darmouth, one of the first schools to offer back on March 2nd, that came away with his services. 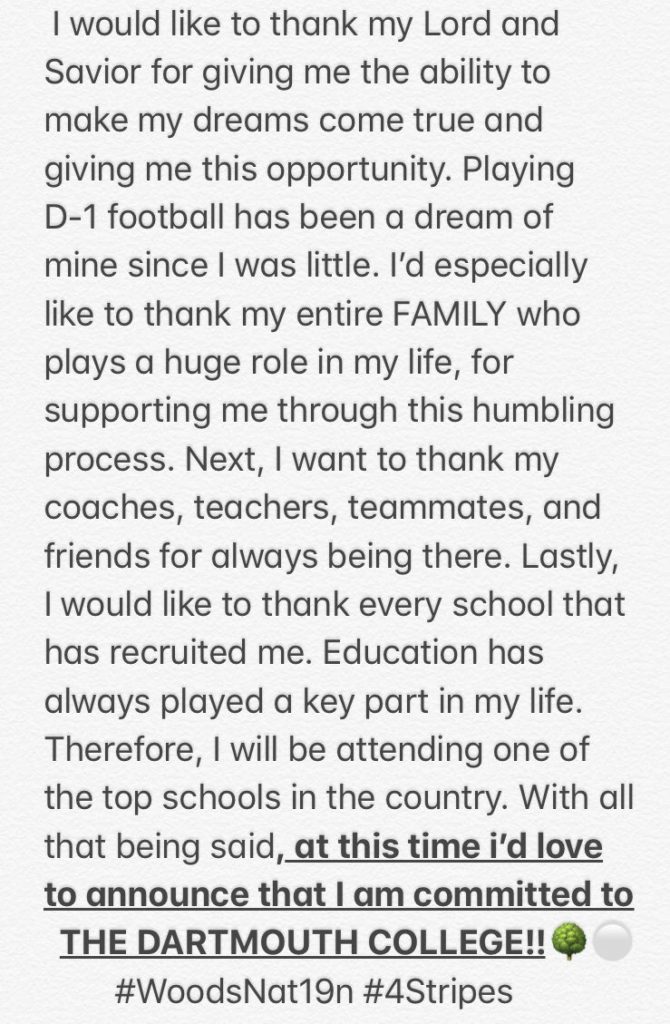 Hope is an excellent student sporting a 3.7 GPA and scoring a 1240 on the SAT as well. He is one of the best all-purpose backs in the state of Georgia capable of hurting a defense both on the ground with his vision, and as a receiver where he shows soft-reliable hands. He is a natural weaving around tackles, but knows when to get up field and drop his shoulder into the defender. The 2019 athlete never quits, and he just wears down a defense, making big plays late in the game.

Hope had 1202 all-purpose yards on the season last year, and also combined for 12 touchdowns as well.  His Johns Creek squad is returning a good core from last year’s team, and key contributors like Hope will be heavily relied on set the offensive tempo.

This is the first Georgia commit for Dartmouth in the 2019 class according to our database. Hope has been a 3 year sign up on our website, he’s ranked in our top 300 in the state of Georgia, and definitely a tremendous pick up for Dartmouth, as he was one of the most coveted academic running backs in the south. It’s easy to see the savvy runner improving on upon last year’s body of work, and having a tremendous All-State caliber final season at Johns Creek. 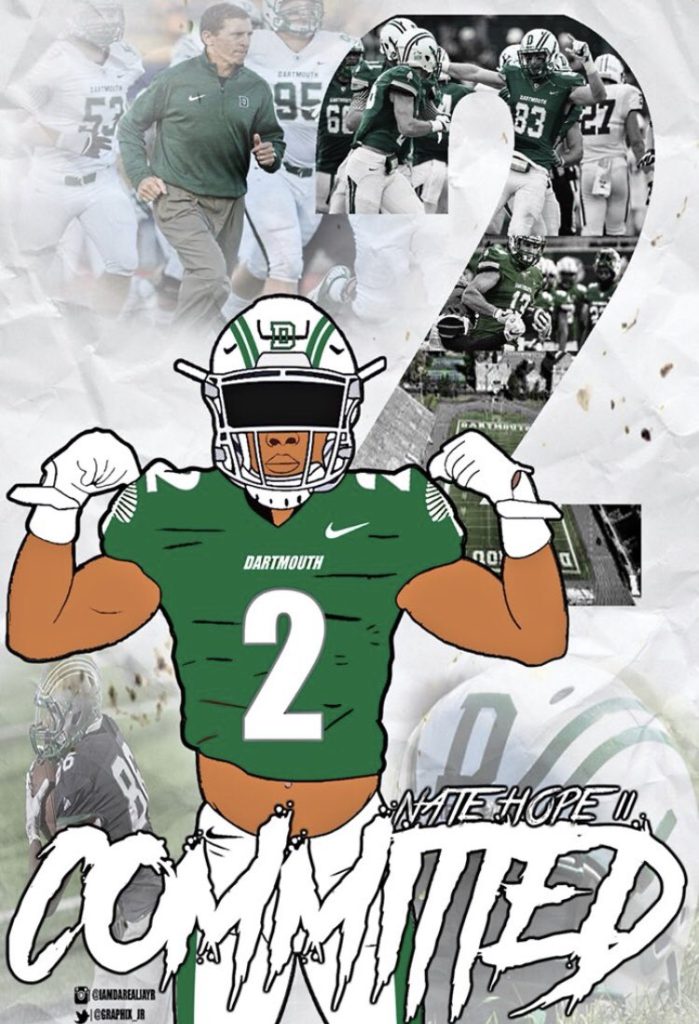