Over the last few months, Recruit Georgia has heard a lot about Zack Boobas from Jefferson High School up in North Georgia. The hard hitting junior safety plays the game with a lot of intensity and never seems to let up during a play.

That hustle and grit made him one of the top players not just in his area, but also in the entire state.

Watch Boobas on film and it seems like he is all over the field. One moment he is making play at the line of scrimmage, the next he is flipping a receiver over his head. 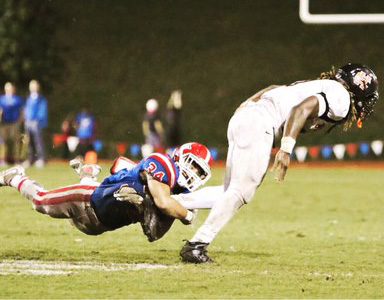 He is a fundamental tackler, capable of knocking the tar out of a ball carrier. Above all else, he sees the field very well, which allows him to make outstanding breaks on the ball.

The Jefferson junior has college football in his blood. His dad was a two sport Letterman at Clemson in Football and Track & Field.  Boobas, who wants to follow in his fathers footsteps,  is a multisport star like his father.

“My freshman year in 2013 I was the State (Georgia) AAA runner up in wrestling. I placed 4th in the State in 2014. Jefferson High School has 14 consecutive team state wrestling championships. I am the starting catcher for the Jefferson Dragons who were state runner ups in 2015.”

Boobas explains his competitive nature. “I bring hard work, dedication and passion to everything I do whether I’m in the classroom, on the football field, wrestling mat or catching behind the plate.” 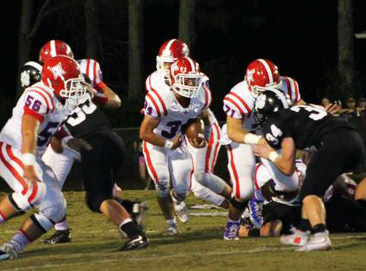 Rival opponents share a similar sentiment. One player, who requested to remain anonymous, went out of his way to let Recruit Georgia know about the type of player Boobas is.

“Zack Boobas was the best player on the field that night we played Jefferson. He is a great all-around football player.” The player continued, “He was also a vocal leader for Jefferson the entire game and never let up, even when the game was out of hand on the scoreboard. He is a baller.”

He has a passion for all sports but football has always held a special spot in his heart. “I have played football since I was 7 years old. My passion is football. I love the camaraderie, the competition and most of all winning,” Boobas said.

Jefferson is one of the most talented teams in their classification. Everyday at practice, Boobas goes up against top rated players with Power 5 offers and receives top-flight coaching.

“I am very fortunate to have played for some great coaches, mentors and with some very good players.”

He keeps a level head about everything. He looks at the big picture but understands everything must taken one day at a time.

He attributes reaching his goals to his relentless work ethic. More than anything, Boobas is a glue player, that helps everyone on his team excel.

His determination and discipline can be summarized with this final quote: “I will do whatever is needed of me for my coaches and teammates in order to win.” 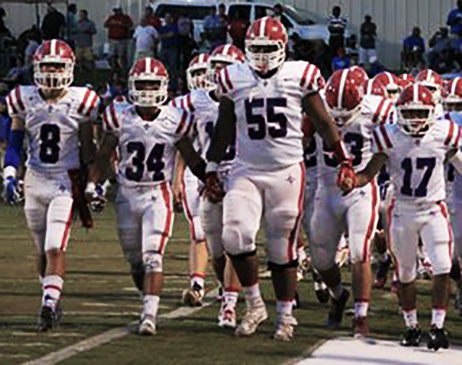