Westminster is one of the top teams in Class AAA, and one of the main reasons is AJC preseason All-State running back Zay Malcome. The class of 2017 back is electrifying and one of the most talented runners in the state of Georgia.

For those who follow football in Georgia, everyone knows about Malcome and his big sophomore year—over 2,200 yards of total offense and 16 touchdowns.

His expectations this season are even greater.

He told us, “My expectations this fall personally is to break my own record that I set in my sophomore year for single season rushing yards. I also want 2500 all-purpose yards and +20 TD’s.”

Those are big goals for the undersized back, but that has never stopped the 5’5”, 165-pound Malcome from meeting them. What he might lack in size, he more than makes up for with his incredible speed, quickness and vision.

His low center of gravity makes him immensely hard to knock off balance and his speed is legitimate. Watch his film and see him erase more angles than a geometry teacher and consistently leave defenders in the dust.

Malcome’s fastest reported 40 time is a 4.41, which has schools like Georgia Tech, Kentucky, Northwestern, Louisville and Boston College, among others, expressing interest.

His goals this season for the Wildcats include, “fighting for that top spot and winning a state championship.” He wants to make a “deep run and have a good winning record.” 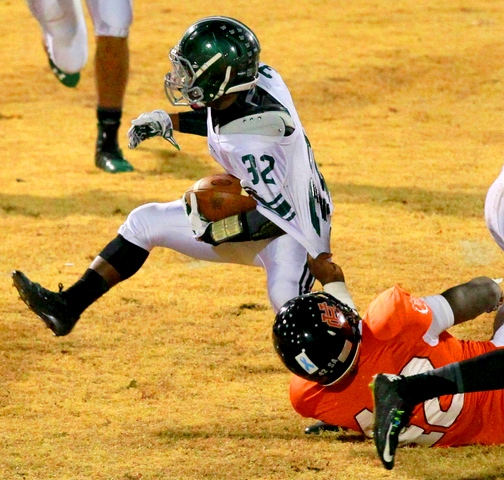