Early on Wednesday, Score Atlanta’s Craig Sager JR reported that Blessed Trinity and Marist will be joining 10 other teams from across the country who will open the 2016 high school football season in Ireland. Following the recently set match-up between Georgia Tech and Boston College, these two catholic schools were specifically targeted by the Global Ireland Football Tournament, who work in conjunction with the NCAA.

For Marist and Blessed Trinity, this opportunity is exciting. Both teams return a lot of talent from successful 2014 campaigns and look to build where they left off this fall. 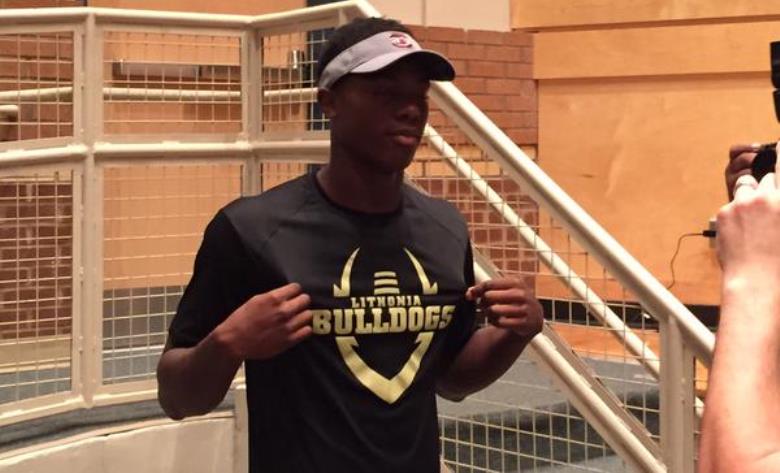 Two 2018 recruits notified us their new lofty rankings from 247sports.com. Thomson’s Christian Tutt and Lassiter’s Derrik Allen were rated the #1 & #2 cornerbacks in the country. Christian Tutt has put together a very impressive offer list this off-season, traveling nationwide and receiving offers from Southern California, Oklahoma, NC State, Duke, Vanderbilt, Clemson, Alabama and more. Derrik Allen was first offered by Kentucky, followed closely by UGA, Penn State and Clemson. During the summer he visited the DC/Baltimore area and walked away with offers from UVA and Maryland respectively. Both of these CB’s are held in high-regard among scouting services and college coaches, in other words… watch out!

Other notable 2018 recruits that made the list were Cartersville’s QB Trevor Lawrence, #1 overall player, South Gwinnett’s DE Justin Mascoll #5, Pace’s OG Jamaree Salyer #48, Heard’s QB Emory Jones #56, Star Mill’s RB Rico Frye #77 and Taylor County’s RB Lyn-J Dixon #97. The 2018 recruiting class appears to be a special conglomeration of talent that could rival some of the best high school classes in recent memory in Georgia. It will be interesting to see how this group continues to develop over the course of their high school careers.

Cedar Shoals class of 2017 safety Ryan Huff was offered by UNC-Charlotte. Earlier this spring, he was invited to play in the Elite Jr Classic this upcoming December. Ryan is a player who could pickup some Power 5 offers this fall.

Andrew Tarver, a DL prospect from McEachern High School, committed to Florida International. They had been targeting Andrew for sometime and offered in late spring. He is an underrated recruit and a very strong player who should have a successful career for FIU.

Archer’s monstrous nose tackle, Kobe Smith, who was previously committed to NC State, committed to Kentucky on Wednesday night days after having a great visit. This is another massive pickup (literally) for the Wildcats, who since hiring Bob Stoops, have recruited in Georgia excellently.

Justin Mascoll, one of the top players for 2018, accepted his invitation to play in the US Army All-American Bowl game. An elite athlete, Justin reminds us of Lorenzo Carter from Norcross HS, who now plays his college ball at the University of Georgia.