Took a break from doing the recruiting recaps but we are back at it now.

Kicking off this edition of the recruiting recap is the commitment of Javon Jackson to Duke University. The Sandy Creek star plays all over the field for the Patriots, but the Blue Devils project him to be surveying the field at free safety. Jackson chose Duke over the South Carolina Gamecocks. Duke now has five commitments from Georgia.

Senior wide receiver Ezra Naylor II  (6’4″)  from North Atlanta High School had a massive game last Friday putting up 250 yards and a touchdown. He has very good speed and took one pass 85 yards, outrunning the entire Cambridge defense. Naylor also does a good job of squaring up on the pass and high-pointing the ball. Watch FILM from last Friday.

Newton High School had three players go up and visit Indiana as the Hoosiers nearly upset The Ohio State University. Kurt Taylor, Jeremiah Holloman and Jaquan Henderson (UCLA commit) all visited the Hoosiers. Taylor already had an offer from the Hoosiers, but after the visit, Holloman came away with an offer, as well. 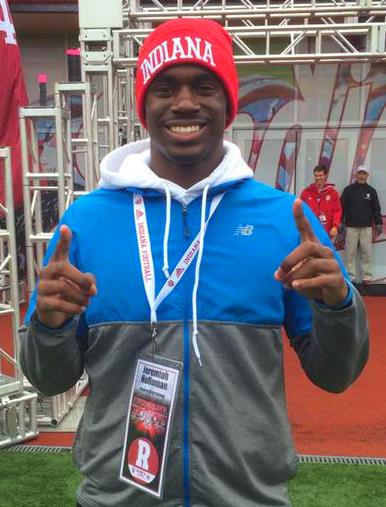 Holloman excited about his offer from Indiana

Tre Wright, a very athletic scat back from Pebblebrook, visited NC State over the weekend. The senior back has very good speed and quickness. He does a great job of fighting for extra yards and looks like an ideal 3rd-down back. Midseason FILM.

Class of 2017 wide receiver Justin Gibbs is an impressive wideout from Aquinas HS in Augusta. Gibbs suffered an injury that sidelined him for the last month but came back last Friday with three catches, 90 yards and a touchdown. On Saturday Gibbs traveled up to Knoxville to catch the Tennessee game. Keep an eye on Gibbs; he won top underclassman in the Rivals Orlando Challenge.

A pair of Georgia offensive linemen visited the Troy Trojans last Saturday. Riverdale’s offensive guard Chiedozie Iyizoba and Duluth’s Donald Boone both made the trip. Both recruits are fairly raw but are good athletes and have FBS size. Neither have offers from Troy, but a lot of schools are starting to show interest in the Georgia war daddies. 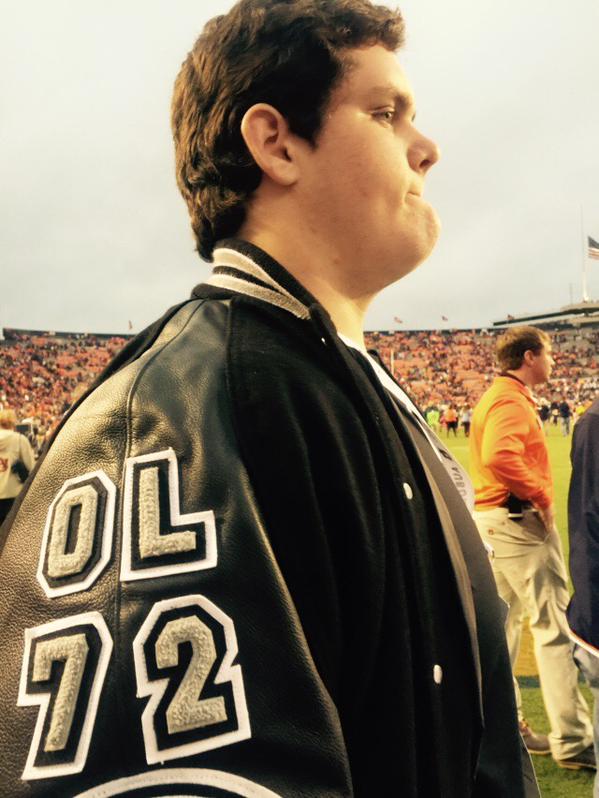 Michael Cone on his 10/3 Auburn visit

North Cobb defensive back Brian Taylor enjoyed his visit to Middle Tennessee. He has quick hips and does a good job of rotating them, squaring up on the ball and making a play. Watch senior midseason FILM.

David Marshall, a highly coveted defensive lineman from Upson-Lee in Thomaston, announced on Twitter that he will be taking his official visit to Clemson this weekend. He’s an extremely athletic defensive lineman (6’3″, 256 lbs) who looks like an impressive strong-side defensive end. Midseason FILM.

Etowah’s Bronson Rechsteiner, an impressive OLB prospect, received an offer from Charleston Southern. Rechsteiner’s family has ties to the WWE, and he plays the game with equal excitement. His 40 is a legit 4.5 and he is an explosive athlete on both sides of the ball, but he projects best at OLB.

Daniel Leconte, one of the driving forces behind Mill Creek’s impressive running attack, was offered by Seton Hill University just a few hours ago. This was his first offer, but more schools will take notice of the start of this senior’s impressive season. Leconte was named Gwinnett Offensive Player of the Week last week from the Gwinnett Daily Post after rushing for 151 yards and three scores against North Gwinnett.