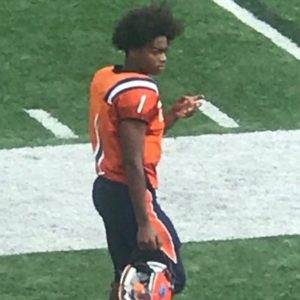 Clark had a solid sophomore year, and continues to get experience under his belt. We have known about the recruit for a few years now. The young man is a dangerous runner in the open field. He makes hard cuts and just has good vision. He reads the defense well, sets them up and jukes them out. Speed is solid, but what stands out more than anything is his ability to make cuts without losing any speed. He is definitely agile. Watched his film against Sequoyah and Dalton last season. Clark only ran the football. Doesn’t appear that he threw the ball much or of any real consequence. At this point, Clark will have to prove that he can be productive throughout an entire HS season. Definitely a solid athlete, I could see him playing slot receiver if QB production never really gets there.