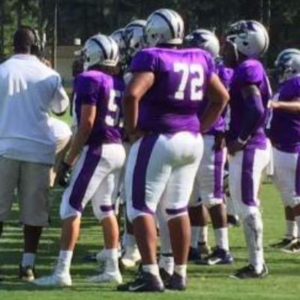 My dedication. I'm a very dedicated and will not stop even if I feel I am the best. It is always room to improve. I must achieve greatness.

Curtis one of the biggest centers in the state of Georgia and he looks very consistent snapping the ball with over 6:00 minutes of film. He pops very quickly out of his stance and has plenty of strength to push his guy back. He could also be a factor on defense at nose tackle, even though doesn’t have nearly as much film at that position.