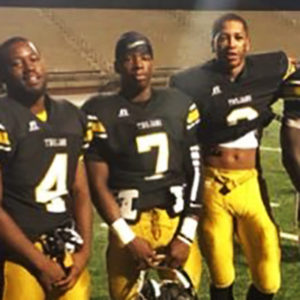 Wright showcases good arm strength and the ability to make tough throws while under pressure. He throws a nice deep ball and does a good job of leading his receivers between 30-40 yards out. Wright started sophomore year and has made major improvements on his strength and agility numbers during the last two years really improving his ability to run the football. He has gained 30 pounds of muscle, while also dropping his 40 time from 4.87 to 4.59. Wright is a heady player and these physical developments should result in a breakout season for the budding junior athlete. He was injured senior year for a few games but junior was nothing short of impressive.