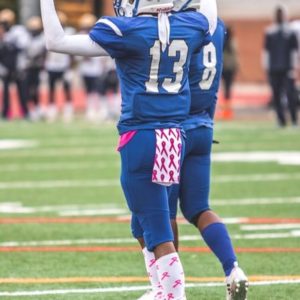 Atkins earned all region this year at Washington. He’s a slippery little slot back with just a natural feel in the open field to get defenders out of good pursuit angles. Just a gamer out there on the field, makes tough catches down the middle, plays some CB too. He’s a slot receiver at the next level as his agility in tandem with more work as a route runner should prove to be tough to stop. Fearless is a good way to describe Atkins, he doesn’t seem to worry about running in traffic, in fact he welcomes it, which is impressive for such a little guy. He could step out on some of these runs but keeps going up field for extra yardage. Will need to do a better job of preserving his body at the next level though, his impact as a slot receiver will be to get small little chunks of yardage. Needs to keep his feet better after the catch too.