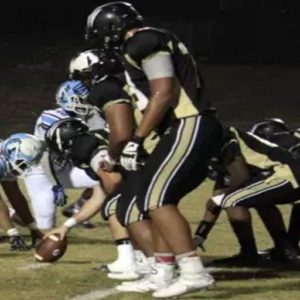 Big Jonathan Stewart from Mountain View has a massive frame. Standing at 6’8″ and weighing 290 pounds, Stewart has the potential to become an excellent offensive tackle with the proper coaching. We saw him on film go up against some pretty good lineman and hold his own – even put one 4 star DT on the turf. Stewart has played two years of organized football and is just scratching the surface at his potential.