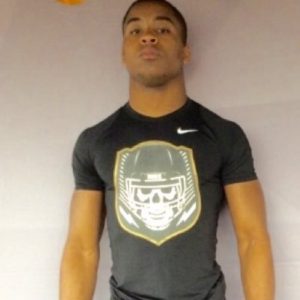 I'm a hard nose hitter, physical and versatile on offense and defense I'll make the plays that are needed but let my team take the glory.

Jinks is a big hitter and even though he wants to be listed at RB without hardly any film of him toting the rock it doesn’t seem accurate to list him as that. With that said, Jinks is a headhunter who plays over the middle and steps up quickly to stop the run. The class of 17 player is very aggressive and has a defensive mindset from we have seen on film.