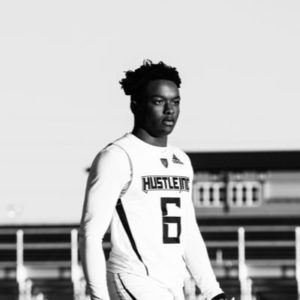 Janvier was very good his junior year landing 3 interceptions and 11 PBU’s. It was back in May when he earned his first offer, which was from Iowa State. What I like about the 2021 recruit is that he goes up and contest the football. He’s not trying to shoulder check or do some pointless hit after the ball carrier has just caught the ball, no, he goes and rakes the pass out. Really like that about the 2021 recruit, and you see that pretty consistently on film. Solid height, but pretty light frame. Gaining weight could be an issue, but should be closer to 175-180 during his senior year. The junior is probably a better fit at CB, but physical enough as a tackler that he plays there for Norcross. Squares up on the pass more times than not, but sometimes fades away, need to see him get more vertical and try to utilize every inch of his frame more. Now up to 175, which is very promising.