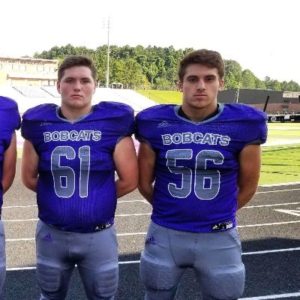 Weaver is a versatile defender who switches between linebacker and defensive end. He has quick feet, and reacts pretty well to the ball carrier. I definitely like how he plays both ILB and DE – demonstrates not only a lot of versatility but smarts for the game. Weaver is pretty quick out his stance, I can see why they line him up there, but he is a much better fit at OLB. Shows very quick choppy feet going into a tackle, but would like to see him drop his hips and try to explode through the tackle instead of hitting so high up on the attempt. He has a good motor for sure, but want to see more production in his senior film.