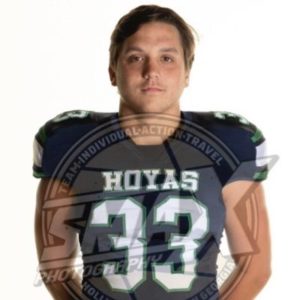 Work ethic
Attitude
Commitment to getting better every day

Williamson is one of the toughest players pound for pound in the state of Georgia. He has an awesome feel for the game, gets super low on his tackle attempts. Has really strong hands, his vice like grip can take down players from behind where he uses his agility and hustle to make countless tackles. Williamson does everything right for his team, he sets the edge and his energy/passion he plays the game with sets the tone. On one plays last fall he got more or less knocked off the football, but still managed to throw his body out in space and make a tackle – that sort of effort can spread across a defense. At the next level he’s a no-brainer special teams player, and I think he can get some action playing as a nickle, granted we need to see him make more plays in coverage. Williamson takes down a few +200 lb running backs with FBS offers as a sophomore, so it’ll be interesting to see how the football fiend has improved for the 2018 season.