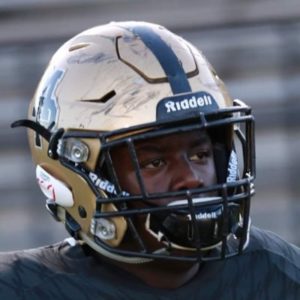 I am a hard worker and a good leader.

Jackson is a really good h-back candidate with some of the best hands at his position, he just is not very tall at 5’11”. Run blocking is okay, but doesn’t have much drive with his legs and doesn’t get a lot of push either. His biggest skill is catching the football, his hands are that good, but was more of a secondary player last fall in the passing attack. With a lot of seniors out, he has a good chance to make an impact. I would like to see him line up in the slot more. Senior year he really improved breaking tackles after the catch and continued to show that upside as a h-back receiver. He absolutely looks quicker changing directions. Jackson also played linebacker his senior year, and overall, he looks a lot more physical.