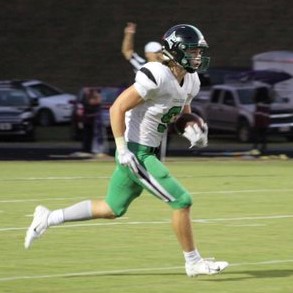 My ability to play any receiver roll needed to win.

Snelgrove has played really well the last few years at Pickens making the All-Region team multiple times. He has a lot of potential as an h-back or slot TE at the next level. The 2020 recruit reads the pass well, and gets up field quickly when running his routes. He doesn’t have great speed, but if he strides out completely can be tough to catch. Needs to have more faith in his speed honestly, tries to make cut backs when he might just beat them to the edge. I like Snelgrove, he has good concentration playing the football, and makes several catches down field that are pretty high degree of difficulty. Seems like the type of player to invite to one of these all-star games and see how he pans out, but the deceptively athletic Snelgrove might just sneak by some teams. He is also a solid linebacker, but his offensive talents seems like something you can take advantage of for sure.