Jones County premier wide receiver Nick Singleton eclipsed the 3,000-yard receiving mark last weekend, making him the ninth player in state history to do so. The 2017 football recruit is one of the most overlooked players in the state of Georgia even with all his on-the-field success. So enter Recruit Georgia, where we blast your highlights out to coaches and provide some quick thoughts of our own. 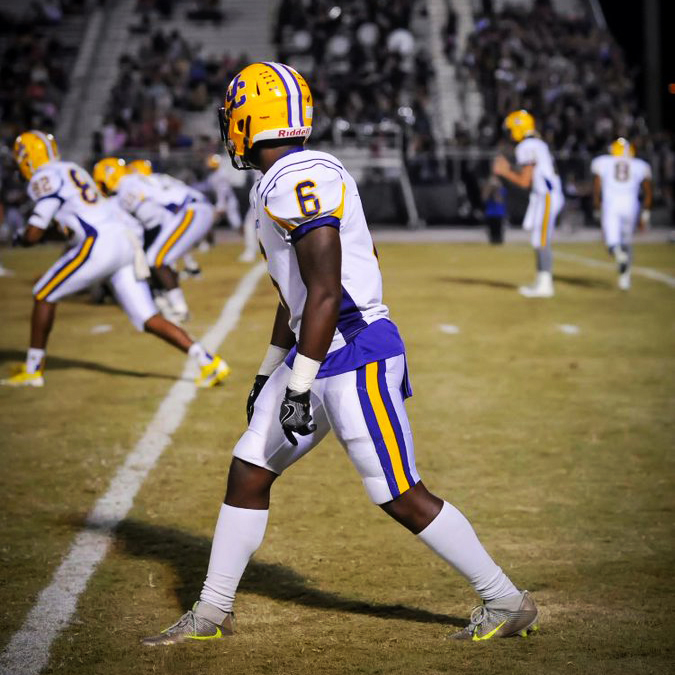 Watch Singleton on film and you see that Jones County lines him up all across the field to take advantage of his athletic superiority. On some plays, he is at running back, and on others, he is split out wide at wide receiver. But no matter what, the 2017 athlete finds a way to make plays.

At 5’11”, 180 pounds, Singleton has a frame that should allow him to add another 10 to 20 pounds in the coming years. Singleton is great with the ball in his hands after the catch. His lightning-quick ability to change directions makes him a threat to score from almost anywhere on the field. He’s also a very tough player, and that is proven in his running back film, where he will fight for every inch of yardage.

Colleges should be extremely interested in Singleton’s potential to play slot receiver. His versatility and ability to make defenders miss are perfect for the role. Singleton’s hands are so consistent that the referees might need to check his gloves for Gorilla Glue. He almost never drops the ball.