It didn’t take long for colleges to be all over the new premier back for Newton High School. Nuru Tinch, who is set to replace Kurt Taylor, has set both the MVP Camp and Minority Coaches Association Camp on fire during the last week..

Coaches and scouts have been raving non-stop about the prospect for the last week, and it is just beginning. The 6′ 205-pound running back received his first college scholarship earlier today from UAB after his elite performance at the MCA camp. 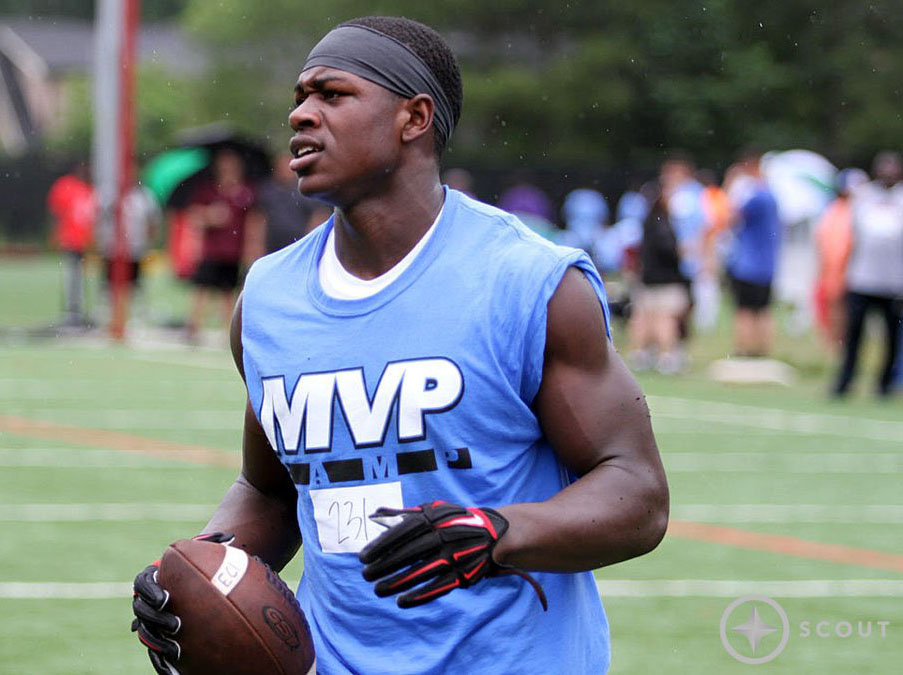 Newton defensive backs coach Joshua Skelton let Recruit Georgia know that Alabama is very interested in the running back. “Coach (Burton) Burns from Alabama is heavily recruiting him and said he reminds him of Kenyan Drake,” Skelton said.

It’s not just Bama; UGA and running backs coach Dell McGee have Tinch high on their board for Class of ’18 running backs.

What makes him such a coveted prospect so early in his recruitment? “He bench presses 325lbs and has rare speed to go along with it,” Skelton explained. “(He) has a great attitude and is a hard worker.”

Tinch played last season for Stephenson, where he was part of their ultra-talented and crowded backfield. He transferred to Newton during the offseason where he has worked hard in the weight training program.

It’s only a matter of time before you hear about Power 5 schools offering the gifted back. Tinch has outstanding running instincts and vision. He squares his pads upfield and makes precise cuts, shaking defenders out of their cleats.

Newton is a hotbed for talent, and even after losing a Power 5-caliber running back, they found a player with explosive playmaking ability in Tinch.

Be sure to follow at @RecruitGeorgia on Twitter to hear more recruiting news on the best athletes in America.