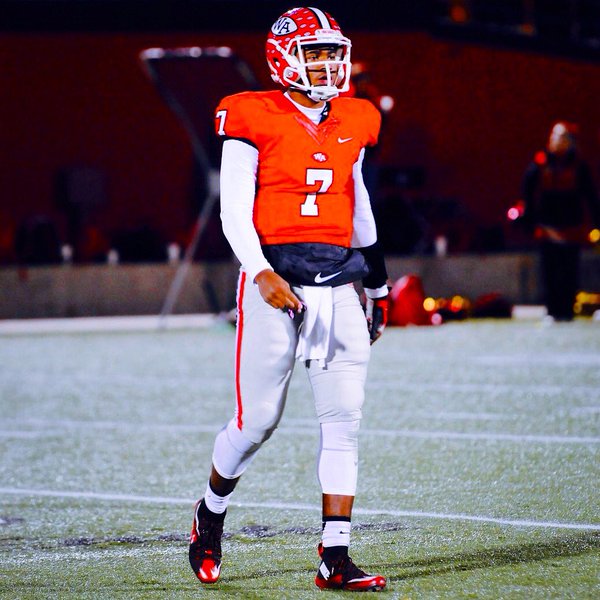 Glover’s lead recruiter was former UGA signal-caller Joe Cox, who played under Bobo back in 2009. Glover is rated the No. 37 dual-threat quarterback in the country according to 247 Sports.

The rising senior from Woodward Academy visited Fort Collins on June 8th and said that he had an “amazing time.” The Rams offered him on May 5th and put the full-court press on the gunslinger from Woodward.

Watch Glover on film and you see an effortless throwing motion that snaps off 50-yard passes with ease. Woodward Academy has plenty of talent at skill positions, and Glover shows impeccable timing and chemistry with his teammates.

He does a good job of reading defensive backs and throwing to his receivers on the seams. We saw him last year torch a Sandy Creek defense that had plenty of FCS and FBS talent.

Glover is a really solid pickup for Colorado State—his commitment makes him their fifth in the class and first from Georgia. The Rams are recruiting the Peach State heavily this summer, and we expect Glover will assist in convincing more local prospects to sign on, so follow @RecruitGeorgia to be updated on the latest recruiting news.