Here are this year’s Class 7-A All-State selections. Player of the Year voting is down below (only one vote per hour), there are 5 players nominated and voting ends on Monday afternoon at 4 pm. View more All-State teams by clicking HERE.

Jordan Yates finished off his storybook senior year winning a state championship against nationally top ranked Colquitt County, and rightfully earns the All-State QB spot. The senior was everything for his team passing for 2590 yards, and 24 touchdowns while also rushing for 958 yards and 13 more scores. Yates made one big play after another for his team. Whether he made a huge throw or scrambled, Yates was always moving the chains for the Eagles. The senior signal-caller is signed on to play football at Georgia Tech.

Travis Tisdale took the running crown this year with 1903 yards on the ground. The 2019 speedster led the classification with 9.8 yards per carry and also averaged 135.9 yards per game and 21 touchdowns. Tisdale is signed on to play at Kentucky. Cobb County’s top back and the regular season rusher in 7-A is none other than Keyon Brooks. The 2019 back who just signed on with Vanderbilt compiled 1590 yards on the ground and 21 touchdowns. He also had 526 yards receiving on just 21 receptions. Tyler Goodson makes his return to All-State with some heated competition, but still his 2.08 rushing touchdowns per game was tied for the lead in 7-A, and the senior also tacked on 2 passing touchdowns. Goodson finished the year with 1300 total yards of offense, earned Gwinnett Co. RB of the Year, and has signed on to play football at Iowa. 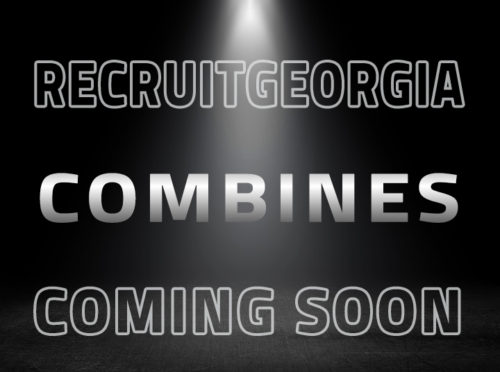 Dominick Blaylock capped off his legacy at Walton as the greatest football player in school history. The 2019 UGA signee had 1052 yards receiving this year, 60 receptions, and 8 TD’s. He averaged 95.6 yards per game, which is 4th in the classification. Blaylock also had 216 rushing yards with 10 more scores, giving the senior a total of 18 touchdowns. His teammate Kendall Alford was #2 in 7-A with 1077 yards receiving, 60 receptions and was third with 12 touchdowns. The speedy receiver is still heavily slept on, but just started to get more FBS interest in the last month with Marshall offering. Wheeler’s Ricky White keeps the Cobb Co. dominance at receiver. The junior was #3 in the classification averaging 100.6 yards per game, and also finished #2 with 13 touchdowns. The top kingpin at receiving in 7-A goes to a tight end, which is definitely unique, but athletically speaking, not nearly as unique as Marietta’s Arik Gilbert. The elite junior led 7-A in all three major categories: 1210 receiving yards, 88 receptions and 14 touchdowns. Gilbert caught everything this year, and had a 28 catch advantage over Blaylock/Alford who tied for 2nd. Gilbert figures to be one of the top pass-catchers in the country for the class of 2020.

Wanya Morris is a prototypical offensive tackle with unbelievable footwork and power at the point of attack. Morris was voted the top offensive linemen in Gwinnett County, and signed on to play football at Tennessee. Paul Tchio had over 100 pancakes on the year and just railroaded the defense, opening up massive holes. The junior is a behemoth at 6’6″ and weighing way over 300 lbs. Tchio is committed to Clemson. Jakai Clark keeps a really flat back and drives his feet while engaged. The 2019 center out of Grayson is one of the best at center in Georgia and ended up signing with Miami. Austin Williams paved the way for a +1000-yard rusher for his Tift County team that made it to the quarterfinals. The senior just signed on with Colorado. Colquitt’s Will Rykard is one of the more consistent blockers in Georgia while also executing his snaps perfectly. The fundamentally sound linemen is signed on with UAB. Kamaar Bell is the brute strength of the Colquitt offensive attack that just steamrolls defenders off the ball. The Packers had one of the best rushing attacks in 2018 for 7-A.

Malik Washington earns the top athlete spot, but with some heavy contention. The Parkview senior had 1181 all-purpose yards on the year, 55 receptions and 14 total touchdowns. He also did a great job at defensive back knocking down a multitude of passes and picking off 3 passes. Washington was Athlete of the Year in his county. Ryan Fitzgerald led 7-A with 22 field goals on 27 attempts. The Colquitt senior is the best at touchbacks in Georgia knocking back 94 touchbacks on 107 attempts. Over the last two seasons ‘Fitz’ had over 40 field goals made, which makes you wonder if any other kicker in the country has accomplished such a feat during that time frame.

Kevin Harris had 26 tackles for loss on the year, 12.5 sacks and also 71 tackles at Grayson. The speedy senior with relentless pass rush moves has played his last year with his hand on the ground, as he has signed on to play football at Alabama, where he will play OLB. Archer’s Colby Wooden took on double teams all year long, but still managed 32 tackles for loss and 10 sacks on the year. The Gwinnett Co-Defensive Linemen of the Year will be headed to Auburn in 2019. Colquitt’s Brian Merritt had a whopping 36 tackles for loss at his defensive tackles spot. The senior had 78 tackles on the year, 10 sacks and 19 QB hurries too. Merritt’s impact cannot be quantified purely on stats, his ability to dominate the man in front of him opens ups Colquitt’s trio of linebackers to get into the backfield. Quincey Miller had the 2nd highest tackle total of a defensive linemen this year with 119 tackles. The Pebblebrook junior had 37 tackles for loss and 12.5 sacks to boot. Be on the watch for him during the 2020 recruiting cycle as he is sure to get plenty of recruiting attention. Playing opposite of Miller on Pebblebrook is Trey Pinkney. The senior hybrid edge-rusher took on double teams all season, and still led his team in tackles with 122. His 39 tackles for loss and 12.5 sacks makes Pinkney a negative play waiting to happen.

Milton’s Jordan Davis was the heart and soul of his state championship team, making key plays when Milton needed him most. He earned Region Defensive Player of the Year, leading his team in tackles with 145. Davis had 16 tackles for loss and 78 solo tackles in 2018, while also playing fullback on offense too. Owen Pappoe out of Grayson capped off his senior year 112 tackles, 18 tackles for loss and 4 sacks. The athletic freak can cover some real estate making backside tackles and dominating in pass coverage. Pappoe has signed on to play football at Auburn. Rashard Revels was the state leader with 213 total tackles on the year. His 41 tackles for loss was #2 in 7-A, and he was also a leader in sacks with 14. Revels had 4 forced fumbles on the year, and signed on to play football at UAB. Jordan Veneziale is one of the fastest linebackers in Georgia chasing down ball carriers like they are running in sand. The 2019 Georgia State signee was 3rd in the classification in tackles per game with 13.3. He had 93 solo tackles on the year and a grand total of 146. Christian Wright continues to operate on another level. The Norcross senior had a class leading 15.3 tackles per game and 125 solo tackles. Wright also had 36 tackles for loss and 3 sacks. The senior is a massive sleeper within his class despite totaling over 300 tackles in two seasons.

Colquitt’s Jay Ward took Region Defensive Player of the Year honors after making some clutch plays late in the season for the Packers. Ward had 6 interceptions, 1 FF while also converting over 15 pass breakups. Andrew Booth is a great cornerback at Archer who reads the play at an elite level. Booth had only 1 interception on the year, but doesn’t get targeted much. He’s a great open field tackler, and was also dangerous this year returning a few kicks, and making long receptions on offense. Booth was named the top CB in Gwinnett Co. Tyron Hopper had 5 interceptions this year to go along with 86 tackles for the Roswell Hornets. The savvy big-hitting senior is headed to Miami to play football, and was named Region Defensive Player of the Year. Hopper’s Hornets beat two top five teams this year where he totaled over 20 tackles. Hillgrove’s Lance Wise was the interception leader in 7-A with 9 on the year. The Region Athlete of the Year had countless pass breakups, while also forcing two fumbles – one where he flat out takes the football from the running back. By our count Wise had 3 touchdowns on the year – none coming on offense. Wise signed on with Mercer. Jalyn Phillips out of Archer had a complete year with 90 tackles, 2 interceptions and 10 pass breakups. He returned back one interception while also scoring 3 more on special teams and offense. Phillips is signed on with Clemson.

Javonni Cunningham is best returner in 7-A when you consider his body of work at both returning kicks and punts. He finished 3rd in total yards, but averaged a class leading 31 yards per kick return (minimum 10 returns). Cunningham totaled 569 yards on 30 returns with several scores. Brock Travelstead is this season’s All-State punter. The 2020 North Paulding product averaged a class leading 42.4 yards per punt while also knocking 15 inside the 20 yard line.