The Gwinnett Touchdown Club announced last week that Brookwood running back Dante Black has been selected as Player of the Month. The 2018 recruit has burst onto the scene this year with an opening game where he carried the rock 34 times for 202 yards to shock most “pundits” with a win over North Gwinnett. 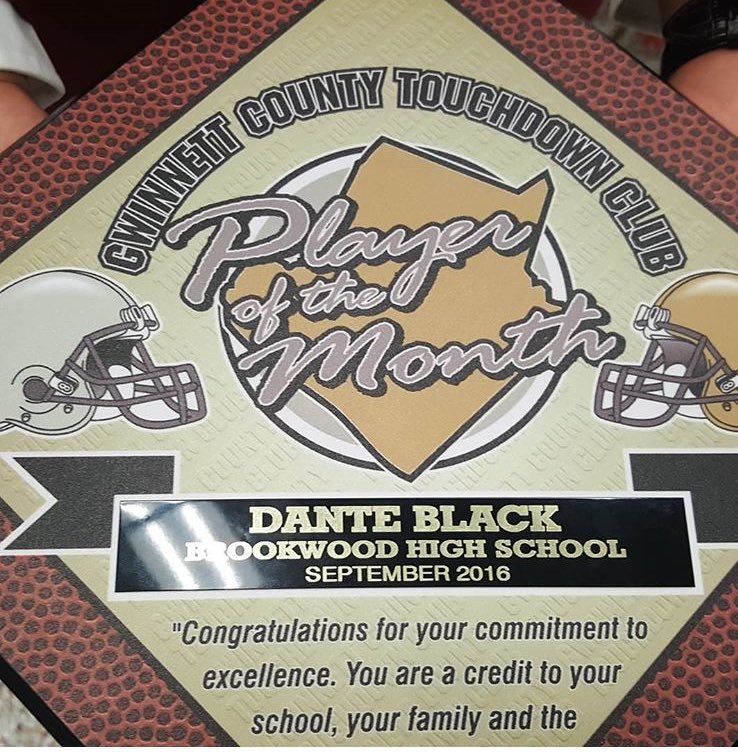 Black is certainly a player to watch for the remainder of the 2018 recruiting cycle. The junior visited UGA game this weekend and let Recruit Georgia know that he had a great time. He has already visited Clemson and Virginia this year as well.

The three star recruit is an emerging prospect in the state of Georgia, no doubt. After winning player of the month in arguably the best football county in the southeast, colleges will certainly be interested in getting the 5’11” 205-pound back on campus.

Black is a good student-athlete and sports a 3.65 GPA. He looks like a natural with the ball in his hands, making concise perfectly timed cuts. He does a great job of using his blocks and hits the hole going 100 mph. We really like his pad level, especially right before he receives contact, which allows him to earn a few more yards on each attempt.

As of right now he has planned visits to Vanderbilt and Duke. Obviously that could easily change in the coming weeks, so stay tuned to @RecruitGeorgia on Twitter to hear the latest news on Dante Black’s recruitment.