College coaches meticulously scour the nation looking for offensive weapons that pose matchup problems. They also need versatile body types that can play on most special team units. The most dynamic position that fits the above criteria is tight end.

One of the most sought after tight ends in the country for the class of 2018 is West Forsyth standout Ben Bresnahan. The statuesque 6-foot-4, 230-pound target has caught 88 passes for 1,153 yards and 11 touchdowns over the past two seasons. His prominence on the gridiron has led to 19 FBS offers, and counting.

At this time the Power Five schools that have laid claim to his talents are Minnesota, NC State, Pitt, Tennessee, Utah, Vanderbilt and Wake Forest. But there are four schools that have really connected with the young tight end prodigy. Coaches Larry Porter (Auburn), Shane Beamer (UGA), Kevin Wilson (Ohio State) and Larry Scott (Tennessee) have really touched a chord with Bresnahan.

“I’m not really ready to narrow it down yet, but I plan on committing before the end of summer,” Bresnehan says. “I really want to get it over before the start if my senior season.” 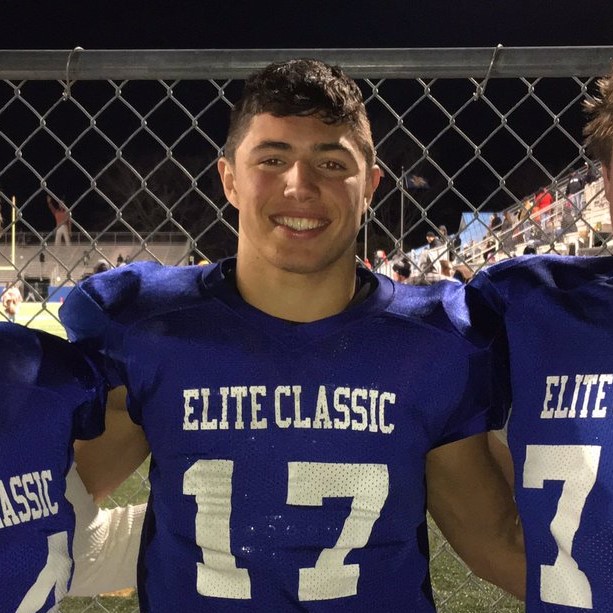 This spring he has already unofficially visited Auburn, Clemson, Georgia, Miami and Wake Forest. His Easter break will be busy; Bresnahan will be at Michigan this Friday, Ohio State Saturday, Georgia next Tuesday and finally Tennessee on April, 22.

Two schools he would love to hear from, because of the way they use the tight end, are Stanford and UCLA. Recruiters should know that Bresnahan boasts a 3.9 GPA with a 23 on the ACT, first take. He has already taken it again and expects a much higher score after intense tutoring.

“He is a better person than a football player,” says departing West Forsyth Head Coach Adam Clack. “He is part of the student government and involved with other extracurricular activities, and you won’t find a teacher in the school that would say anything negative about him. Ben can play anywhere in the country and I expect him to contribute early.”

Along with his aggressive touring of college campuses, Bresnahan found time to compete at the Los Angeles Nike Combine in March. His 110 SPARQ rating ranks in the upper echelon of tight ends tested this season. He also plans on attending the Rivals.com Three Stripe Camp in Atlanta April, 23 along with hitting either the Charlotte or New Jersey Nike Opening Regional.

“He has receiver skills, but a tight end body,” Clack says. “He’ll be able to put on 25 pounds and won’t miss a beat. Ben is possibly the best player and talent that I have ever coached.”

Just yesterday, West Forsyth officially named Shawn Cahill their new head coach, replacing Clack (headed to Milton), so there has been a little bit of a void this spring for the Wolverine players.

“Defensively we have some big questions, but offensively a lot of experienced skilled position players are back,” Bresnahan says. “Senior leadership has been paramount over the last two months as we waited the naming of our new coach. If we can get everyone on the same page we’ll be back in the playoffs for the third consecutive year.”

The clock ticks as summer approaches. One lucky college will be gaining a verbal commitment from one of the most dynamic jumbo pass-catchers in the nation. Some aptly call him “Big Ben.”