The academically inclined gridiron star who sports a 3.3 GPA is seemingly a great fit for the Yellow Jackets. He’s 6’3″ tall, and over the last year he’s gained around 15 pounds, hovering right at 200 lbs. That frame is perfect for Tech’s triple option offense at wide receiver, where his outstanding top end speed can stretch the field, while also having the physicality to dominate his man on the edge when blocking. Owens looks like a true steal for Georgia Tech for their offensive scheme.

Owens has been a long time sign up for our website; we have seen him progress each year starting at the varsity level starting his freshman season. He earned an offer from Maryland around sophomore year, and then mainly accrued Group of 5 and FCS offers until a spring break visit on April 4th to Georgia Tech where the Yellow Jackets offered. 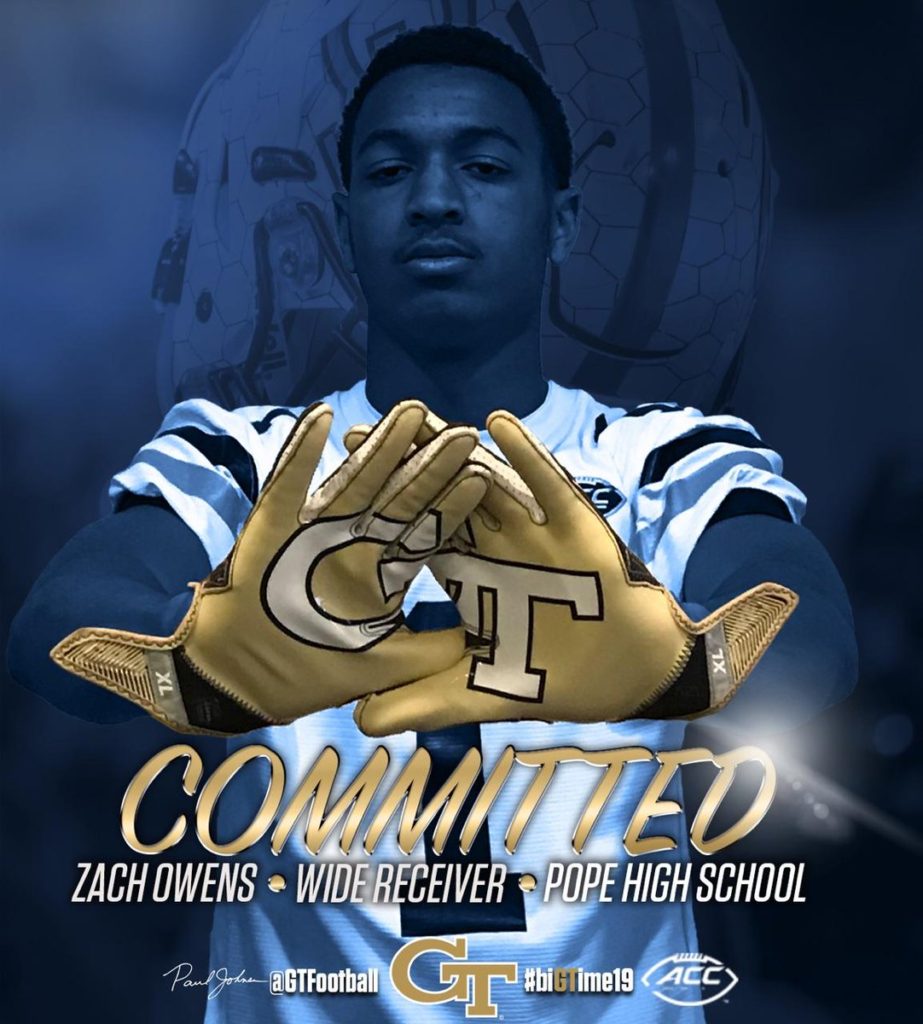 When asked about what made Georgia Tech such an easy decision Owens replied, “I felt Georgia Tech was best combo of academics and football that I could find.”

The recruiting process can be a long tough road, so we always like to ask new commits if they have any advice to future college recruits. “My advice would probably be to stay patience and positive during the process and realize it’s a long process,” Owens said.

Owens is the first in-state commit for Georgia Tech in the class of 2019. Owens was ranked in version 1.0 of 2019 rankings at #48 in the state and the #5 wide receiver. With his commitment, this makes back-to-back years where Georgia Tech lands a top 10 WR in Georgia with Malachi Carter from Mountain View in 2018.

The Yellow Jackets are landing a student-athlete with quality upside who can easily fill out his frame to be around 220-230 lbs. at the next level, and not lose any of his top end speed either. He has slowly made improvements each year in the weight room, his 34″-35″ vertical jump shows a lot of promise. Owens is a solid all-around recruit, his strong academics and well-rounded character should prove to be useful tools in his development at the college level. In short, he’s going to work hard, and get better.