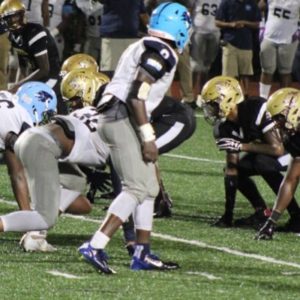 The 2020 SS recruit came on strong at the end of the season playing good ball during important games. What you got to like about the young athlete is the aggressiveness he shows getting downfield to make a tackle, but also the quickness he shows in his feet, which allows him to square up really well on his attempt. Really like the frame for Nwokocha-Amos, and think more time in the weight room he can really grow into a hard-hitting strong safety at the next level. He’s very raw in that department, and why he struggles getting the ball carrier down at times. Looks more flexible in the hips this season, and has mostly played linebacker where his coverage skills has made a nice impact. Would like to see him use his athleticism to full capacity, sometimes he’s watching too much, and just needs to react.