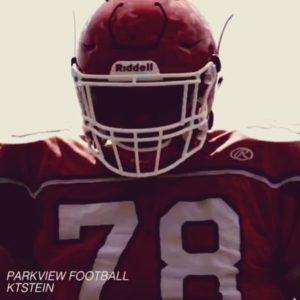 Wagner has really good leg drive and just dominates with his raw natural size at that level of play. He is a physical player, looks to have above average athleticism. Needs to improve his flexibility some, but there is some legit potential for Wagner. He is doing a better job engaging with the defender as the season has progressed, I think the area he needs the biggest improvement is body control at this point. No doubt he is getting better each week during his junior year, and that progress really helped Wagner’s chances in getting some FBS looks. Most of his film is run blocking, I think Wagner is probably a better fit at OG at this point. Going into the summer of his senior year, and Wagner has really shore up some of his concerns, and has earned a fair amount of FBS offers in the process.