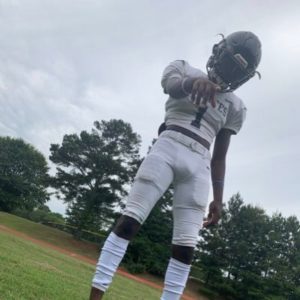 Bailey had right at 3000 total yards of offense last year, and Stone Mountain really stuck with some tough opponents. He put up almost 2000 yards passing and over 1000 rushing, earning himself as Region POTY. Bailey has excellent speed rushing for right at 1000 yards, and blew the door open on a few long runs. He also played CB too. He is definitely a skinny athlete,but shows wonderful change of direction and a quick-twitch to him. Bailey doesn’t back down either. Even at CB he just blows up the ball carrier and shows little slow down in his tackle. Bailey played in a tough region too in 3-A, so competition on film is impressive to say the least. He will do anything to get his team to win, whether making a diving interception or stripping the ball carrier from the ball. He is also very good at sliding by tacklers and his subtle jukes allows him to glide by defenders. As a whole, I like Bailey a lot. He is probably a CB at the next level considering his quickness and ball skills. He definitely has a slight frame, but should still be around 185 at the next level.